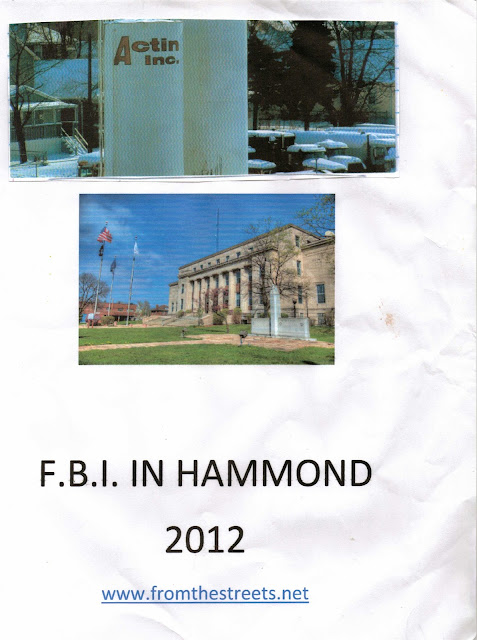 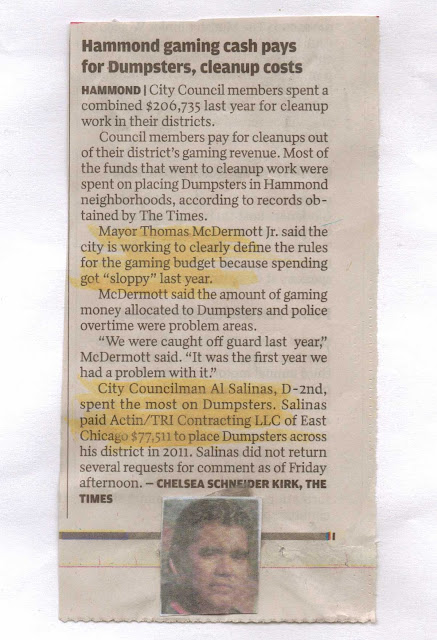 It was a couple of Thursdays ago that street finally sought out Al Salinas II. There were rumors of Al Salinas's snow on "Hammond's Dime" and using Hammond Street Dept Truck. This was when Street was hearing rumors of impregnating a teen-age girl. Speaking about snow plowing, Al gave me a strange answer. "It didn't even snow that much this years." He told me the following Saturday. Street get a phone call that allegation of Al Salinas II impregnating a teenager girl was true. This time Street left a voice mail for Al. Told him that this story was "getting hot" and good source told me the scenerio... Street told Al that he might "post it" on the blog and wanted Al to call me. Salinas never called me after that and Street did ultimately post this post.

What Al Salinas II get fired according to him
1. Found $1,000 in casino revenue and Mayor McDemott Jr wanted to use money.
2. He supported Repay for Commissioner.
3. Making call to precinct committemen seeking their support when he heard Mayor McDemott  was stepping down.

Posted by fromthestreet.net at 9:58 AM