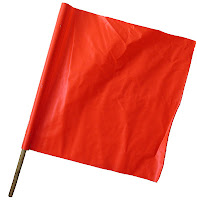 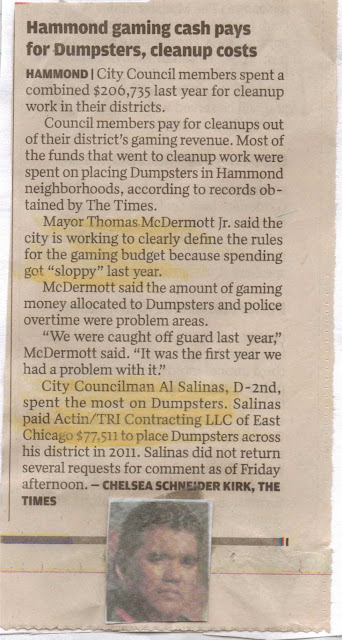 Street(First Red Flag)
In the previous newspaper article, you will see the first rred flag that put Al Salinas II on "the radar screen". $77,000 dollars for dumpsters in the 2nd District in Hammond. We're  looking at 400.00 a dumpster which brings us to a ball park figure of 185 dumpsters, brother! (Head of clean-up campaign) Then we look at who Al Salinas II. Purchased the dumpsters from Actin, Inc., and you see East Chicago involvement. Mayor MCDermotty had a great quote in the article, "Spending got sloppy last year."(Regarding casino gaming money)
Posted by fromthestreet.net at 2:35 PM