Banging the Drum for

Street(McDermott banging the drum for Salinas to resign) 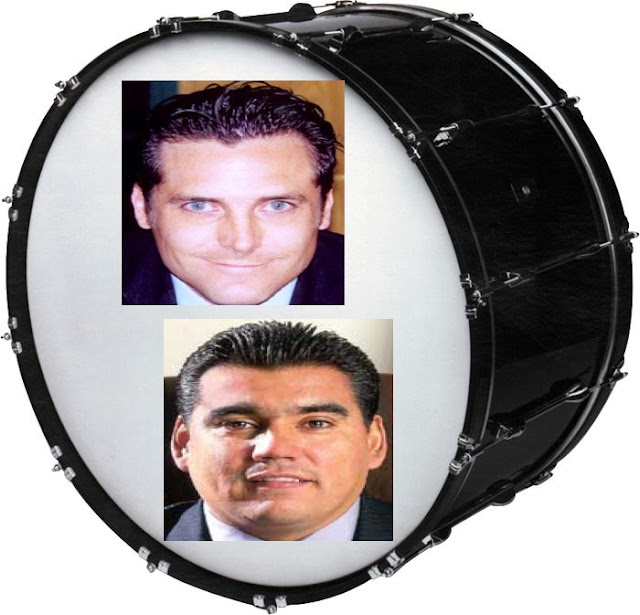 Early on Mayor McDermott Jr. was banging the drum for  Van Til to resign as Lake County Surveyor. This is right after the Feds raided Van Til's Office and took computers and documents. I'm not the biggest fan of Van Til, but he's allowed due process. Wonder if he's gonna bang the drum for Al Salinas II to resign as Hammond 2nd District Councilman?
Note
Where's the signage for Indiana State wide Candidates for November 6, 2012? Me thinks, Salinas II got fleas on him, and McDermott may have  some fleas on him also. Donnelly and Gregg might want to stay from Lake County Democratic Chairman Tom McDermott.


Posted by fromthestreet.net at 12:25 PM