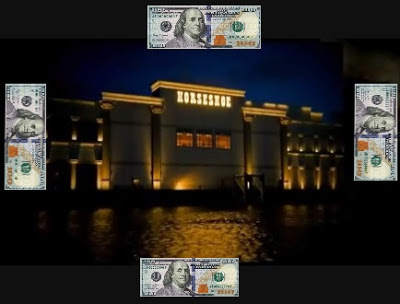 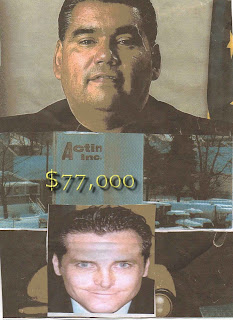 Want him to talk about his quote in an article by The Times when Salinas was fired. "That Salinas got away with a lot of stuff a normal foreman wouldn't even try." What stuff Mayor McDermott? What is a normal foreman? You're saying Salinas ain't normal? In 2007, when George Janeck almost "stole McDermott's lunch". Al Salinas II delivered his precinct for McDermott along with Chico Hinujusa. Only 2 precinct that Mayor McDermott won convincingly. Maybe, that's why Salinas's daughter boyfriend was hired to work on garbage truck for city of Hammond?  And Salinas even tried the stuff he got away with because he was "McDermott's Boy." (went to Vegas together)
10-28-12
1. Salinas has been indicted on 4 counts of tax evasion and one count of bribery.
2. Salinas spent $310,000 dollars of casino gaming revenue perpetration of this "shake down" scheme. 2009-2011.
3. Salinas spent $77,000 dollars on dumpster in 2011. Also casino gaming revenue.
Pony up and tell us why Salinas was fired? "Where were checks and balance?"
﻿
Posted by fromthestreet.net at 5:09 PM