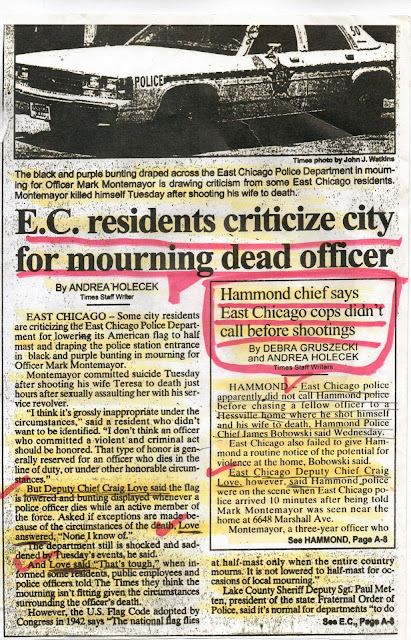 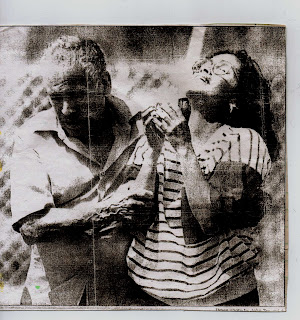 Everybody knows East Chicago Mark Montemayor had a propensity to beat his wife and looked the other way. One day the wife was tortured for 3 hours which included putting his gun inside her privates. Under advisement by her lawyer to go to the hospital for treatment, it got worse. Sources have alleged that Montemayor arrived at the hospital, and East Chicago Cop spotted him. But he allowed Montemayor to leave and didn't detain him. Next. day, Montemayor killed himself and   his wife. East Chicago. E.C. Cop who let Montemayor leave wasn't written up. In this case, the wife never filed a complaint.
10.12.12.
East Chicago Cop Arcides Santingo -- lewd conduct.
East Chicago Cop Adrian Santos -- domestic battery
Posted by fromthestreet.net at 3:11 PM