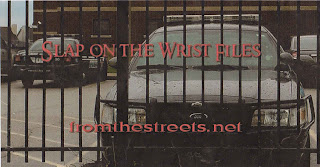 (Headline from newspaper itself)  "Drug dealing, use mars police"  This was the title of a article done by The Times maybe 5 years ago. (11.12.12) The part that always get me in this story was when Chief Flores stepped into the picture. "The Police Chief at the time, Augusto Flores, allowed all officers to take retest, saying they could registered "false positive" on their initial "tests". Truth be told Sgt Ralph Flores was one of East Chicago Cops (seven) who failed a drug back then in 1986. And guess who his brother is, you feel me? That's why all seven were allowed to take a "re-test", because Chief Flores in my estimation couldn't just save his brother.
Side Bar
Every veteran cops in East Chicago and retired cops know all about this scenario. Ask anybody in East Chicago, and they'll tell you about the infamous Bosko in its hey day.
Next Update
Gilbert Bonilla cover up! Chief Flores again the central figure.
﻿
﻿
﻿
﻿
﻿ 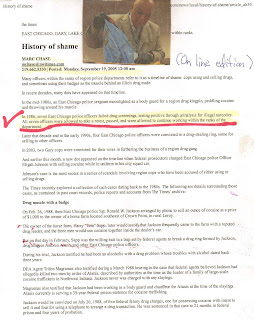 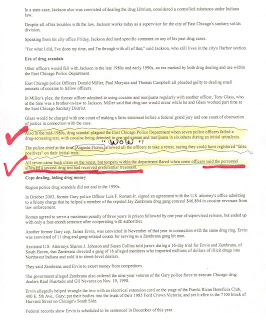