From The Street
Opinker
(No Free Pass Here) 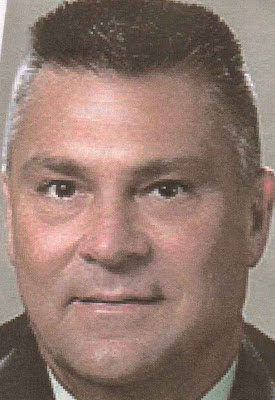 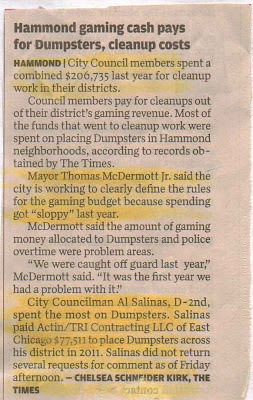 Street( No Free Pass Here)
﻿
The preceding newspaper article doesn't mention Opinker ( 5th District Councilman in Hammond, Indiana) who spent $31,000 dollars on dumpsters. The following claims shows quite a bit of a coincidence. The dumpsters were deployed from November 1 - November 8 2011 (General Election in Hammond where Opinker was up for re-election in he 5th District then)
Side Bar 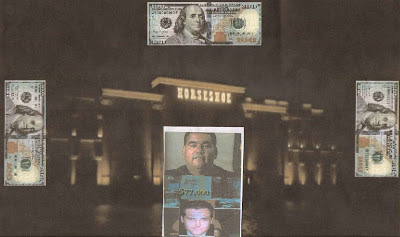 Opinker has banners put the dumpsters. The banners had Opinker's name on them. Wasn't surprise that the banners were yellow and black. Same as Opinker's political signs. Sources alleges when we talk this was "real". $4,000 was spent on these banners! Probably paid with casino gaming revenue.
Ploy
79 dumpsters scattered through out the 5th District (Hammond) had Opinker's name in black letters and yellow background. Voters driving by or walking by see the banners (Opinker). Then they arrive at the "polling place" with streamers and signs(Opinker) in black and yellow. Under auspices of a clean up program.
Payoff
Inside the voting booth, we see name of incumbent Councilman Opinker on the ballot.
Street: Ain't no straw in my hair. 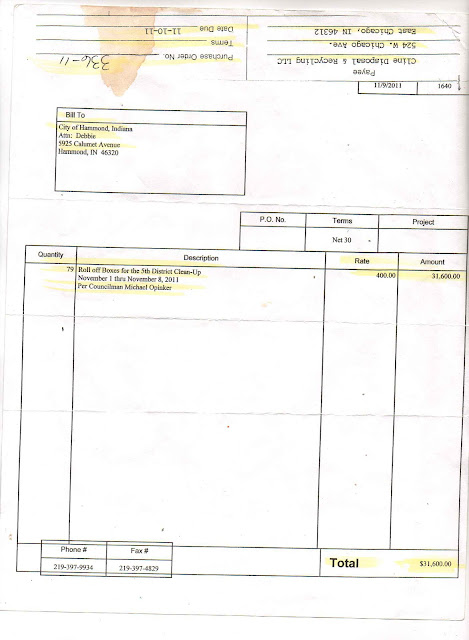 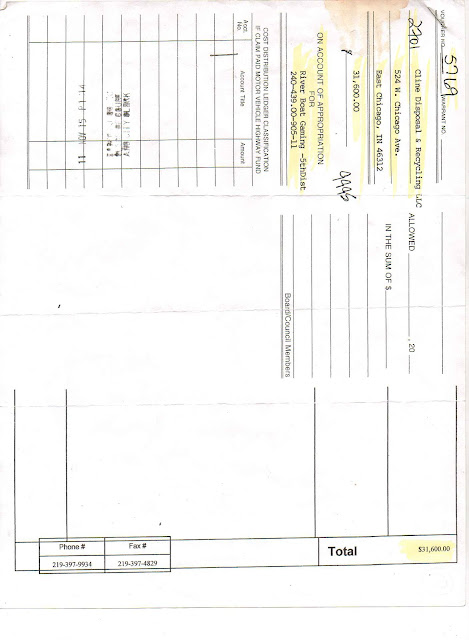