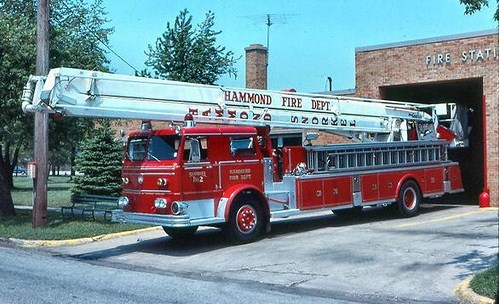 The other day Street got some documents in the mail. Not via fax or e-mail, you got me.... The envelope had no return address, but Street get stuff like this. (People are scared and don't want to  anybody to know they leaked intel). Anyway, there was a document that showed Pat Moore Jr., Deputy Chief of the Hammond Fire Department, citing visiting sick firemen on O.T. sheet. Thought that was strange until street made some phone calls... come to find the Deputy Chief didn't go visit these sick firemen. Come on now! 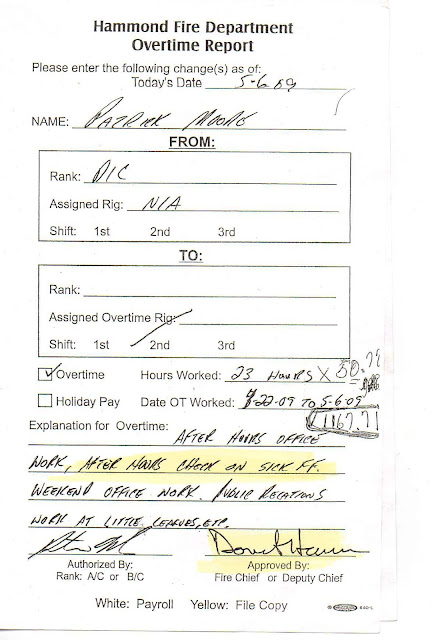 Source also went on to say that those sick firemen would talk to Street, you feel me? 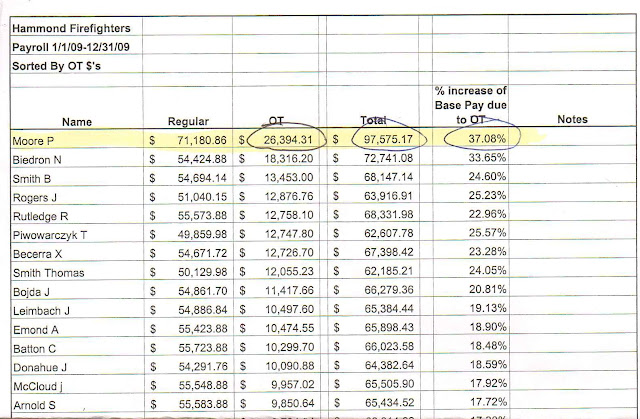 Then you discovered that the Chief or deputy Chief are not eligible for "O.T." Bobby Lendi, Chief Dave Ham who signed off on "O.T." knew this on the "front side" and still allowed it. 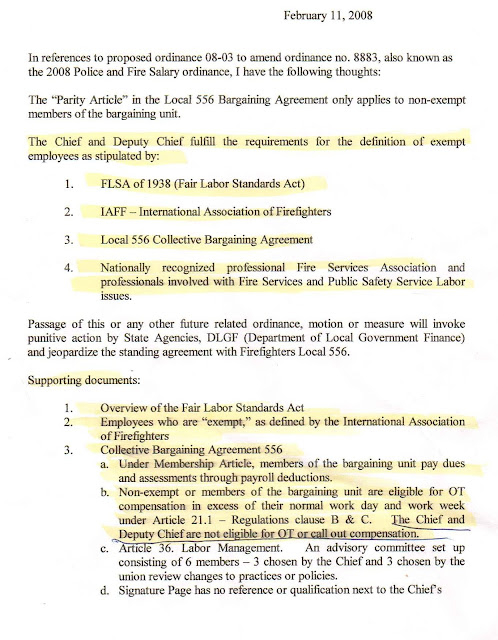 Posted by fromthestreet.net at 11:20 AM