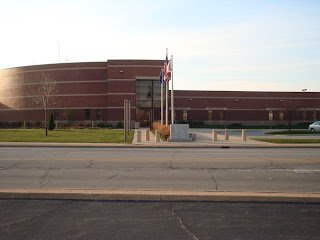 There's a election coming up on December 18, 2012 (Tuesday) for the President Fraternal Order of Police #58 East Chicago, Indiana.
Street
From day one Poe-Poe was "beefing" that Justin Orange, current President of F.O.P., wasn't gonna "look out" for them. His mother, Gilda Orange, E.C. City Council President and the "right hand" of Mayor Copeland(Jackie Robinson),  takes priority over the "Poe-Poe"?
Bet You What
This election for President of E.C. F.O.P.(Fraternal Order of Police) gonna answer this question. Is E.C. Poe-Poe(Policeman to recognize ) Justin Orange "in bed" with Mayor Copeland? Priorities in question? Or maybe he's doing a "bang up job" as president.
(TBC)
Don't Forget to vote!!!
Feliz Navidad
Street
﻿
Posted by fromthestreet.net at 10:55 AM