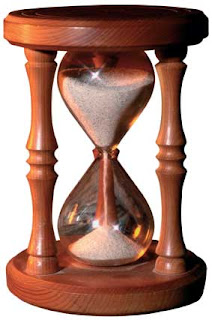 F.Y.I
Two E.C. ( East Chicago) Poe-Poes (cops) are allegedly gonna be allege that he was assigned to work indicted by the Fed's in January 2013 This " Intel" better than a "government check". One of E.C. Cops to be indicted worked for DEA for years. Then all of sudden he was transferred back to work at  E.C.P.D. Sources allege that he was assigned to work Juvenile while he was being investigated by the Fed's (Looked at how "The Fed's" say it ).
Ghost Payrolling Allegations
E.C. Poe-Poe was getting paid to work "O.T." at West Calumet Project and Lake Side Project as security. But he didn't show to work. Note: Shaun Pitts just plea guilty to "ghost payrolling" this year in Federal Courthouse. He waits sentencing. No jail time is expected, but only the loss of his policeman's job with E.C.P.D. And he probably will have to make restitution of money he didn't earn but was paid.
Other Ghost Payrolling
Miguel Arrendondo when he worked for Sheriff Dept and "moon lighted" at security on Guthrie Street. Ed Samuels, form Assistant Chief at E.C.P.D., was indicted with Arredondo on "ghost payrolling charges. (Both were featured on earlier update @ www.fromthestreets.net.
VIN Numbers
Street's source allege that this guy who is E.C. Cop will also be indicted in January 2013. His case (VIN Numbers) might deal with stolen cars. Another "Salt & Peppa" act who might be in "real hot water". Also they were re-assigned to work Juvenile Dept.
Sit Down for This One
Also  to be indicted are two gentlemen from the Lake County Sheriff Dept. (Pre-2011) This according to source who is a 10 on a scale 1-10. 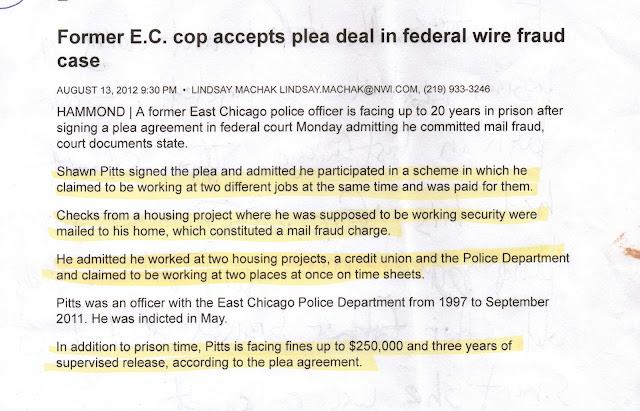