Street Patrol
Street (Back Story II)
This is pure speculation, but this Person A could be a woman who allegedly received "text message" from George Van Til that could be deemed inappropriate. 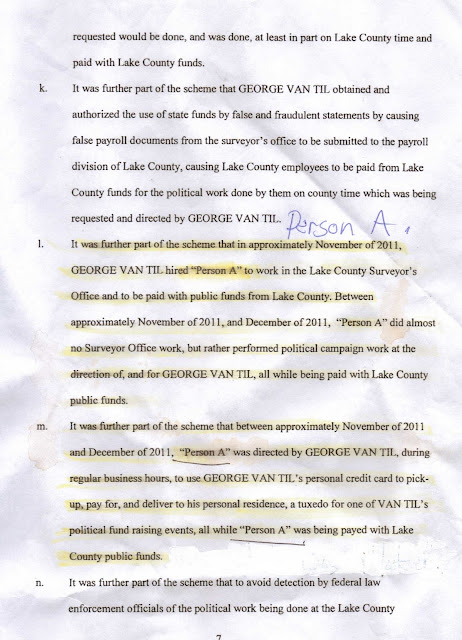 It was further part of the scheme that in(etc;etc.)


Why Street got in the game?
Because you see stories or cases that just "fall thru the cracks" in Lake County, Indiana. This woman may have been a victim of sexual assault. "The Feds" could maybe have other priorities.
Other Example
Just this month, Street "flew a kite" to The Times to try and find out what was up? Sexual assault case at the government center in January 2013.


Note:
Scroll down for Back Story I 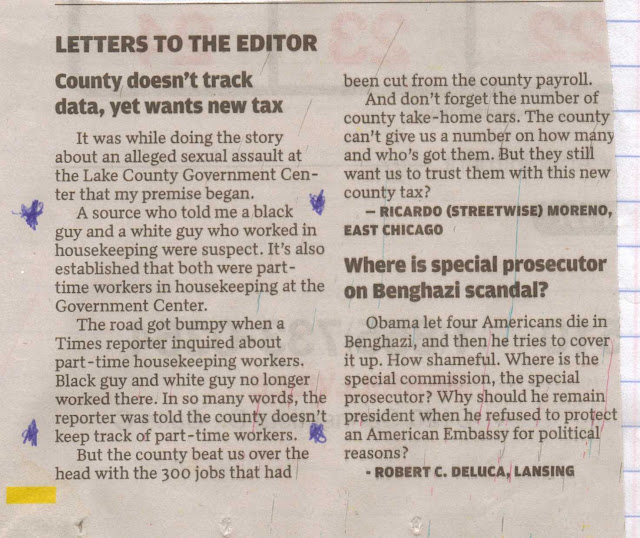 Posted by fromthestreet.net at 11:12 AM