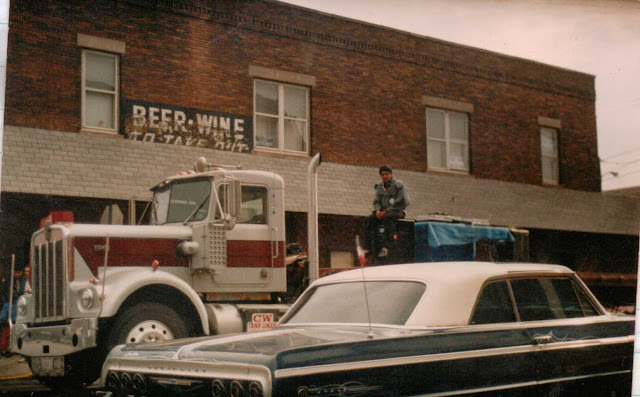 Fresh back from Los Angeles, it was time for Street to make a movie. We shot it on video and produced in East Chicago. Olympia Restaurant in background. (Bonita White opening in 2 month(
6.23.13) 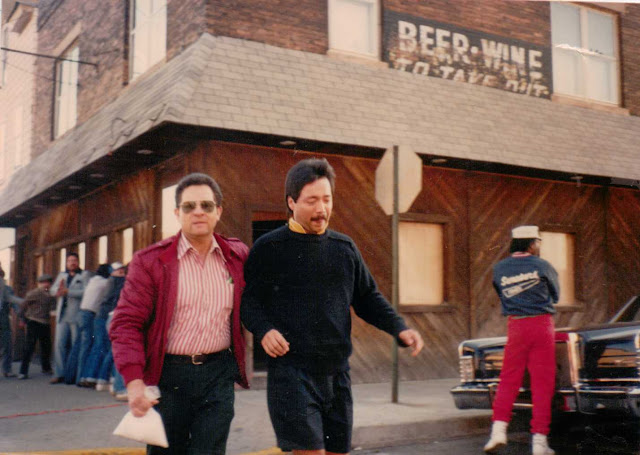 Dino Cruz is taking me away for questioning. Perry Jackson in the background with "jheri curl". . P.R. Frankie said. "Dino Cruz should have went to Holly
wood instead of being E.C. Cop. 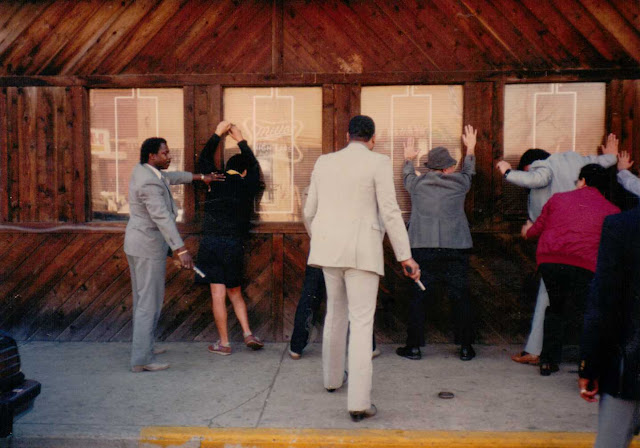 Everybody up against the wall. Them is real guns Duke and Kenny had... People who drove by thought it was a real drug bust on Main Street. 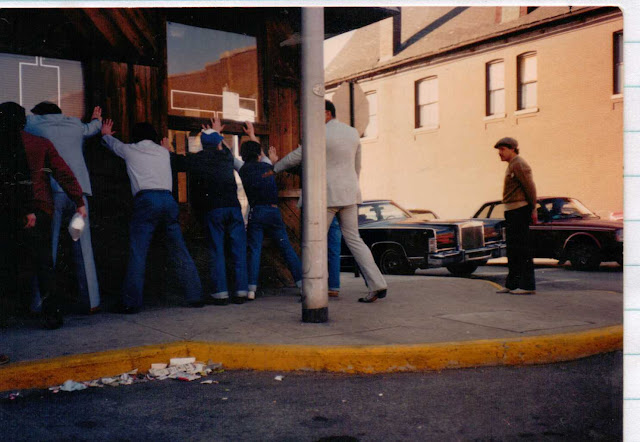 Street had given "Jack & Mary" a 100 dollars to do some video taping inside the bar(138th and Main). She said that after we left, not one person came in. They got spooked, though it wasn't  a real drug bust. 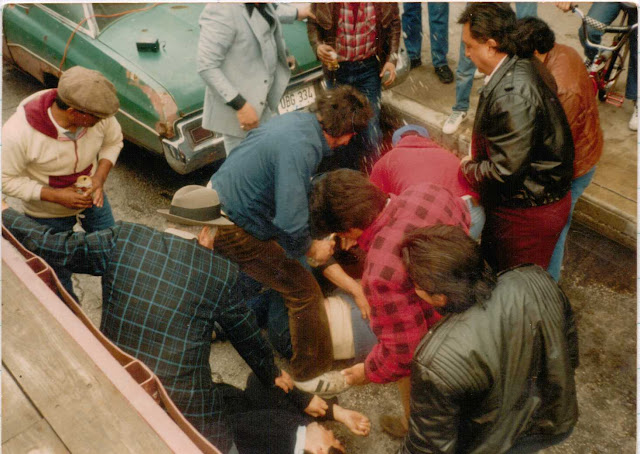 Street is lying on the ground dead. The guy who shot me at the end was beaten up by the local "Harbor Guys".

Street
Posted by fromthestreet.net at 8:07 PM