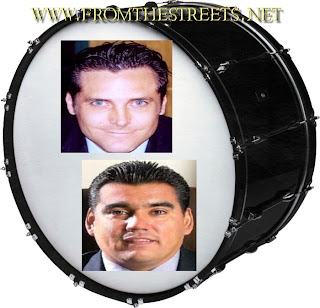 Bochinche
There are rumors of an alleged "Quid Pro Quo" involving. Special Caucus from January 2012. Election to replace Mike Brown as Lake County Recorder. This was when Salinas II and Mayor McDermott Jr. were "compadres", you feel me?
Trying to get a ten-four on this "intel" (Quid Pro Quo)
Street talked to a guy who is "an insider" to some guy "in the know" over there in Hammond. Street told him  all the "woo-woo-woo" about "Quid Pro Quo".
Then Street put it to him. "If Street was a betting man, I'd say Salinas II knew about what went down at that caucus."
"I'd bet so too," the "insider" tells me.
Posted by fromthestreet.net at 4:36 PM