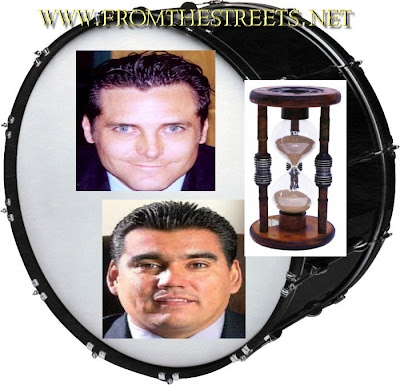 Street
Al Salinas II "on the clock"
Al Salinas II and "Tom Cruise" ain't "marching to the same drummer". We know that... but Street has a Source who gave me an honest answer! (He's team McDermott).
My Question
If Street was a "betting man", he'd say Salinas II knew what went down at that Special Caucus in January 2010. What you think?
"I'd say that, too." This guy tells me over the phone.
My Second Question
If Street was a betting man, I'd say Salinas knew about those ATM machines... Am I right?
Word on the Street
Salinas II only got 10,000 dollars in contracts? And is Salinas "taking singing lesson?(4 years "primo"!)
Was Salinas in bed with Actin?

Posted by fromthestreet.net at 12:10 PM