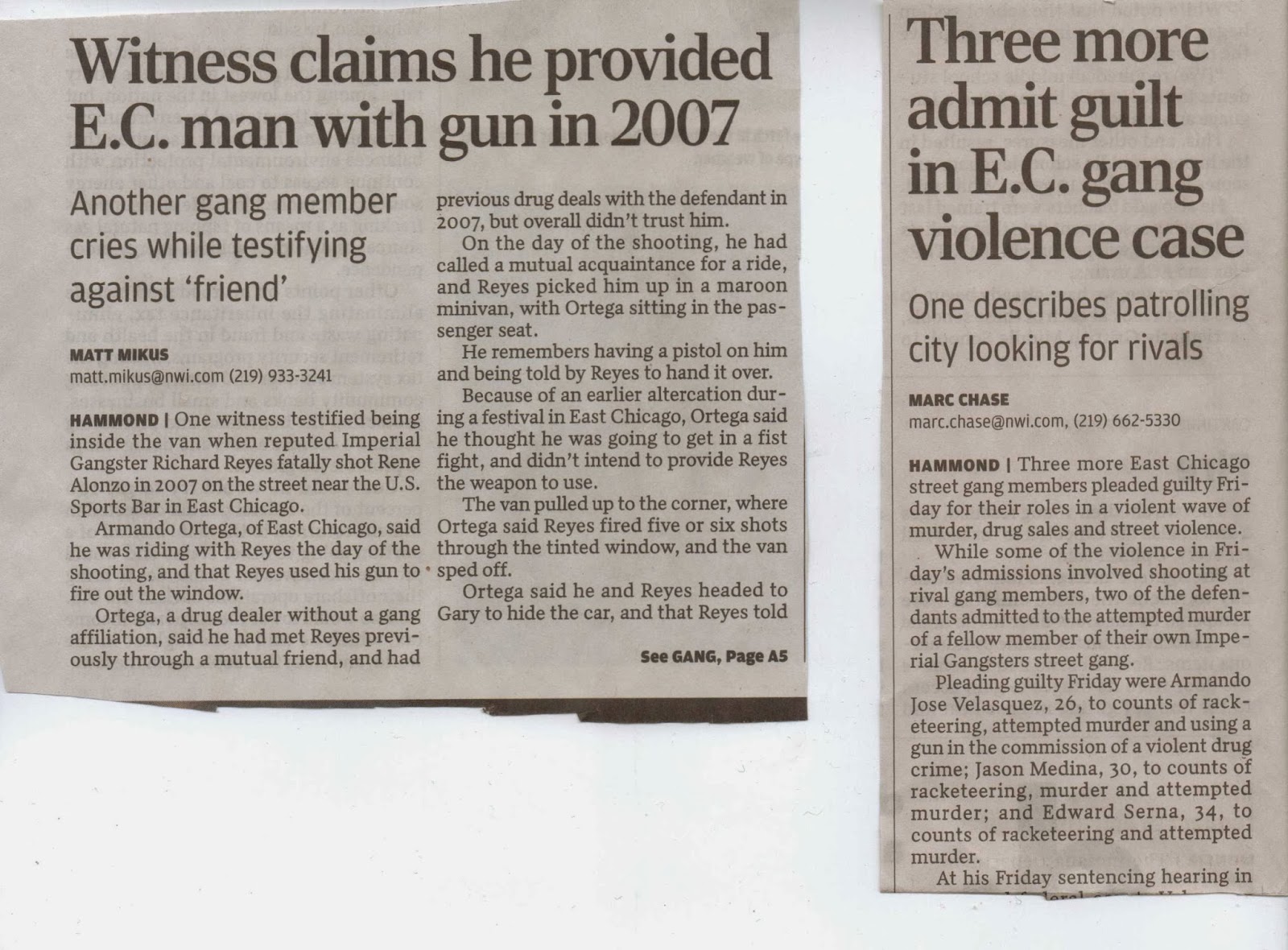 There was also a witness who claimed that he sold drugs to East Chicago cop when asked by Assistant U.S. Attorney David Nozick. This was during Richie Reye's trial in downtown Hammond at Federal Courthouse. And before you can say boo, some emails started coming thru. Sources were claiming Jorge Valdez, a former East Chicago cop .Gang  and Drug Unit. Was "let go" when he refused to take a drug test. This is a equal toa positive drug test at E.C.P.D. Jorge Valdez quietly resigned and disappeared. It seems that somebody had called the "tip line" and "drop a dime" on Valdez... Said Jorge Valdez was doing was "doing a line of coke" with a girl that they knew. Next day, all members of East Chicago P.D. drug unit were then asked to take a drug test... Valdez refused to "take piss test" . ("Compadre to Macho", you feel me?)

There's another East Chicago Poe-Poe who's being locked by the Feds.

Posted by fromthestreet.net at 3:02 PM