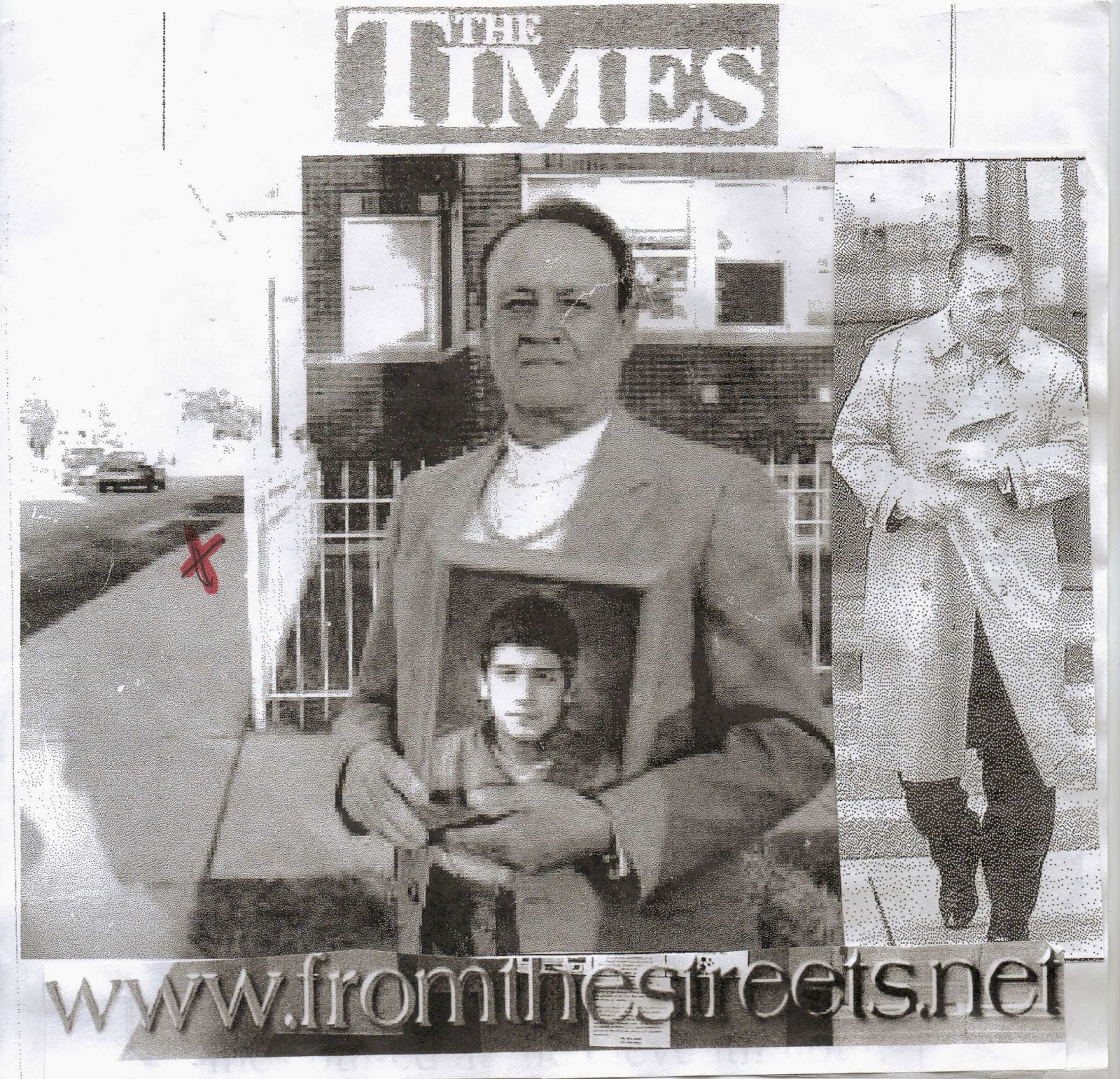 You read that stuff about "Richie"  in the newspaper (Imperial Gangster), and you just watch "Black Sal", "Macho", "Sern and Ace Cortez. They already "toasted bread" on "Choo-Choo" and "Cos". Newspapers had a field day with stories on indictments and Javier Solis! And now we read about "Coop", you feel me?  Mayor Pabey "co-signed for Richie Reyes to get that job at East Chicago Marina!!!
After all that "woo-woo-woo", the biggest gangsters was former Mayor George Pabey of East Chicago. Here you have Sgt Pabey who shot and murdered Gilbert in 1985 )Halloween night). Sgt Pabey got the call on the radio.

George Pabey went on to become the following: 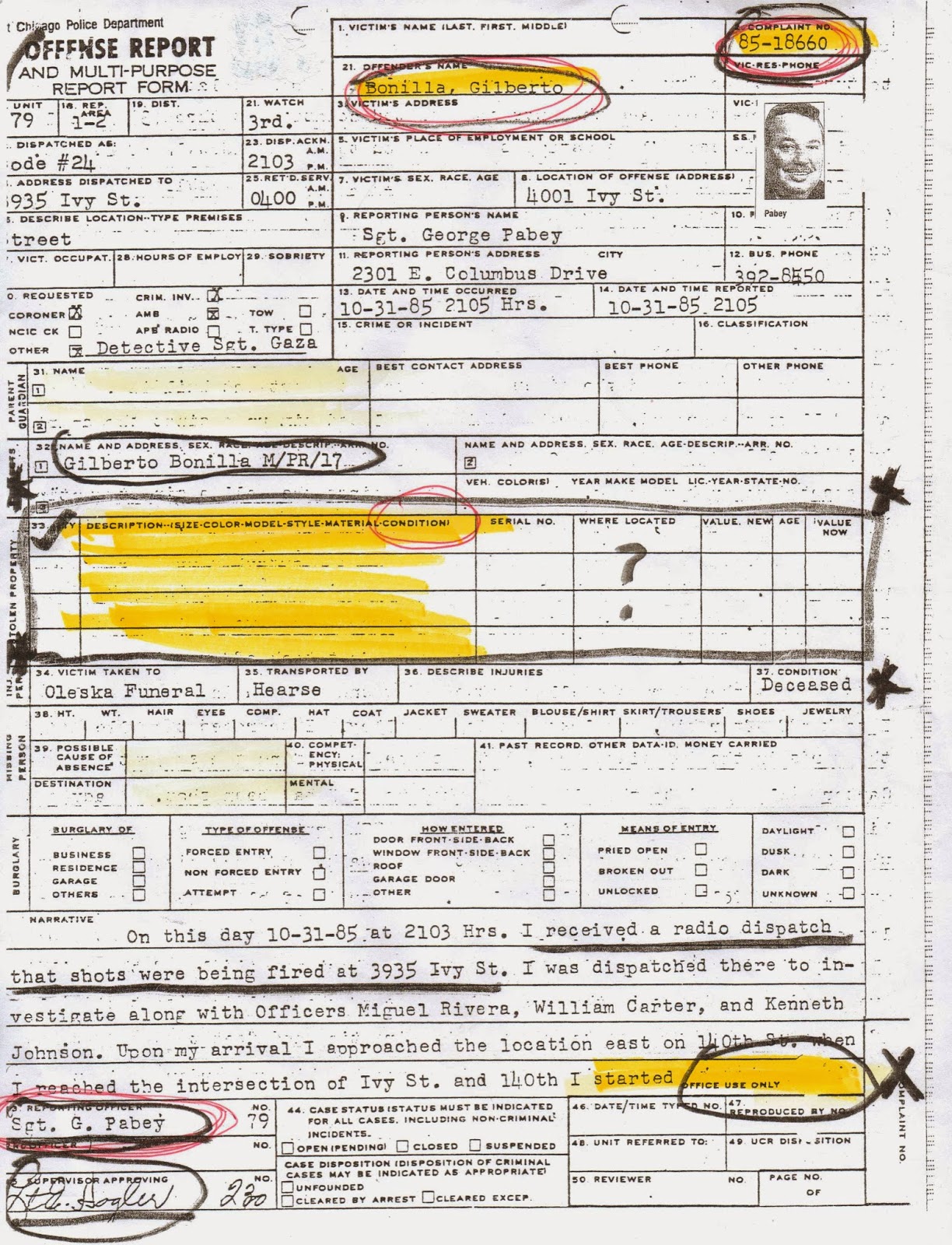 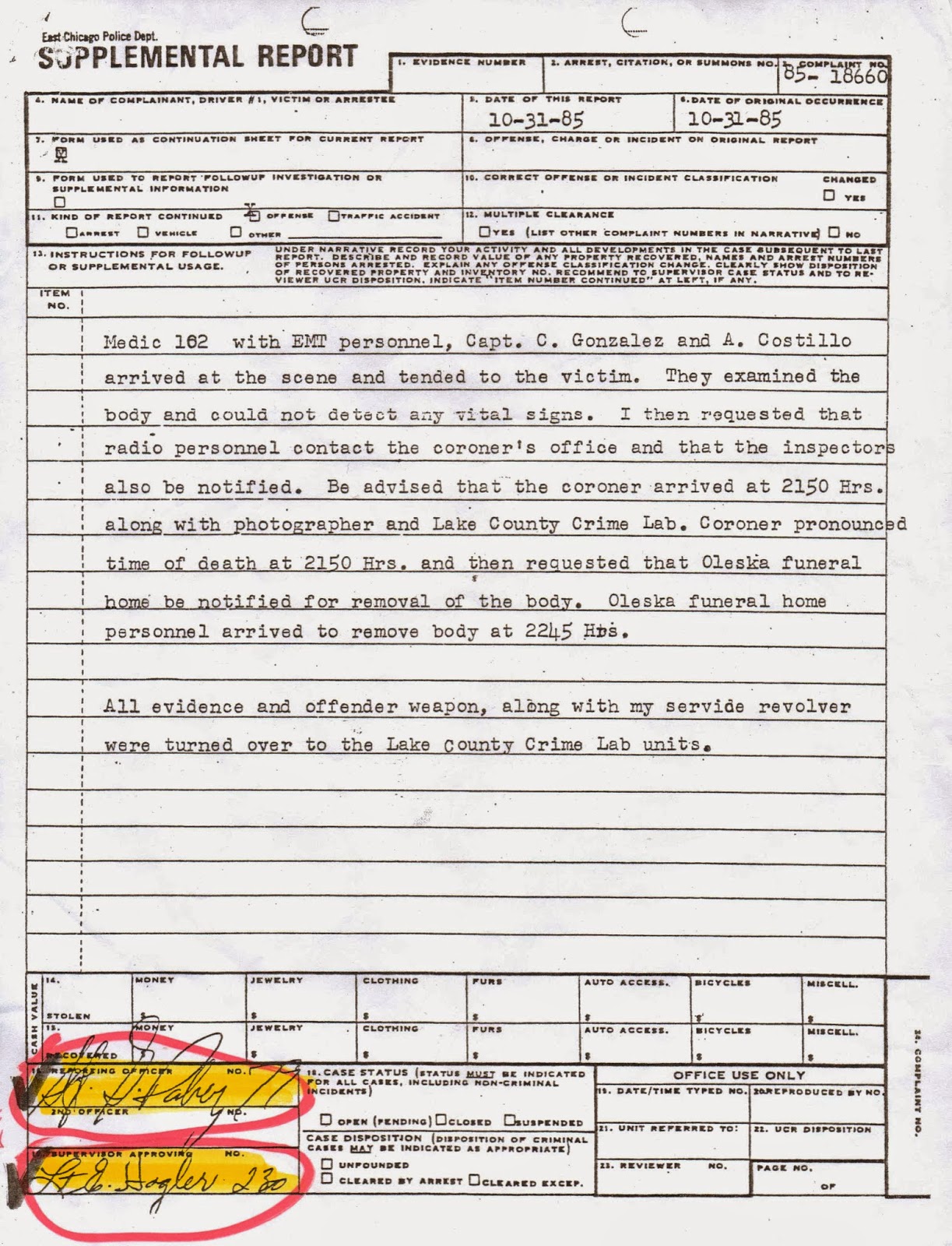 Bet you one "thang". Pabey is in  federal prison, wiping his brow and sighing a sigh of relief . (Whew) Pabey knows he "skated" on that Gilbert Bonilla Homicide. And George knows Richie Reyes knows that he shot and killed Gilbert Bonilla in 1985, you feelin' me? "Peep" the following offense report 85-18660 and see where somebody tampered with the report. Street don't "woo-woo-woo".  Amor!

Posted by fromthestreet.net at 5:13 PM