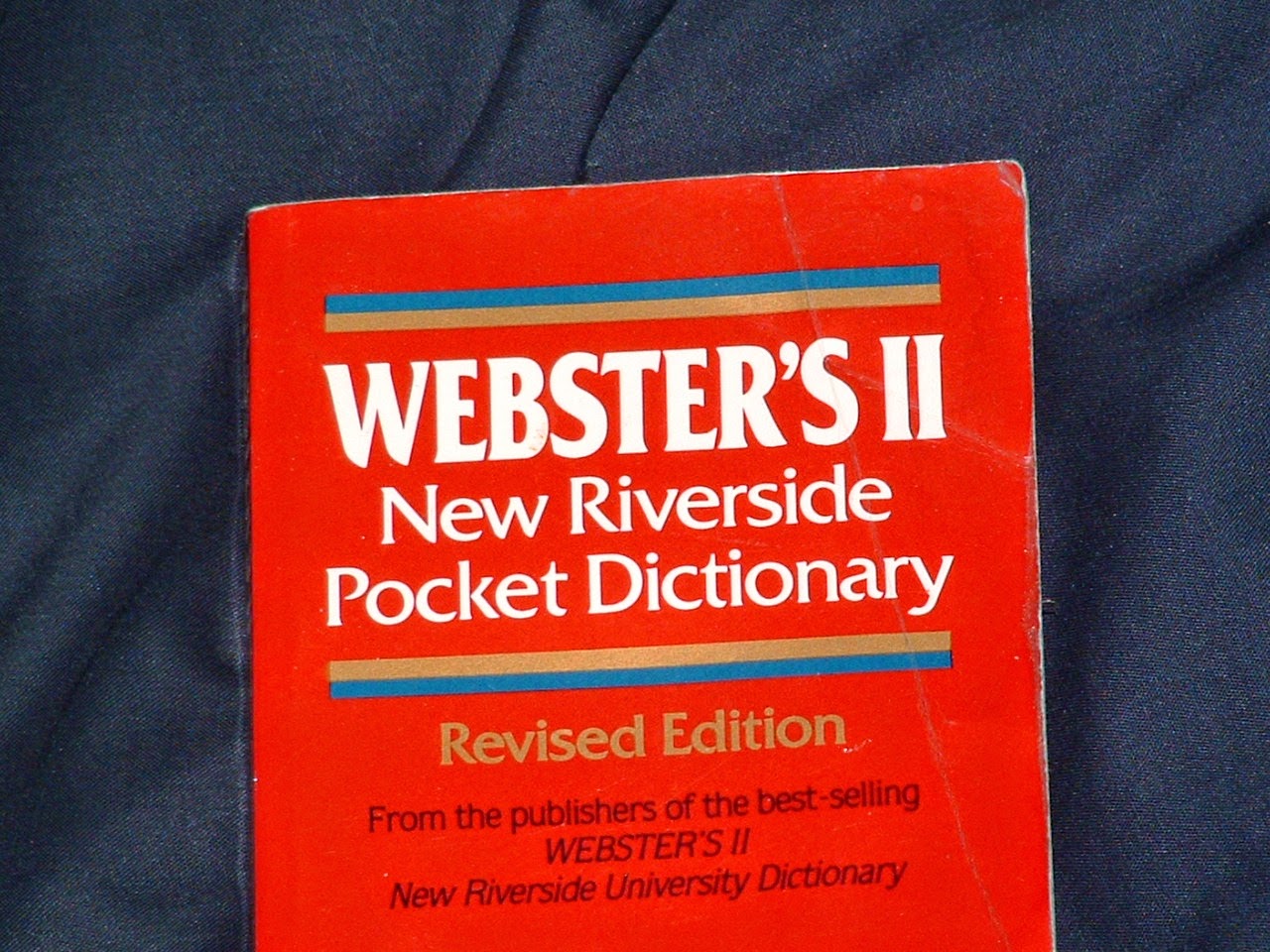 
Jabberwocky --- nonsense speech or writing having the appearance of making sense. My beef wasn't about the last election cycle, but the election in 2011. This is why Street calls her. "The Queen Bee" on occasion ... seems like "The Times" is scared of her because they've known about my :beef" for a "grip and didn't do "jack". Then once they do a article, they get it wrong. 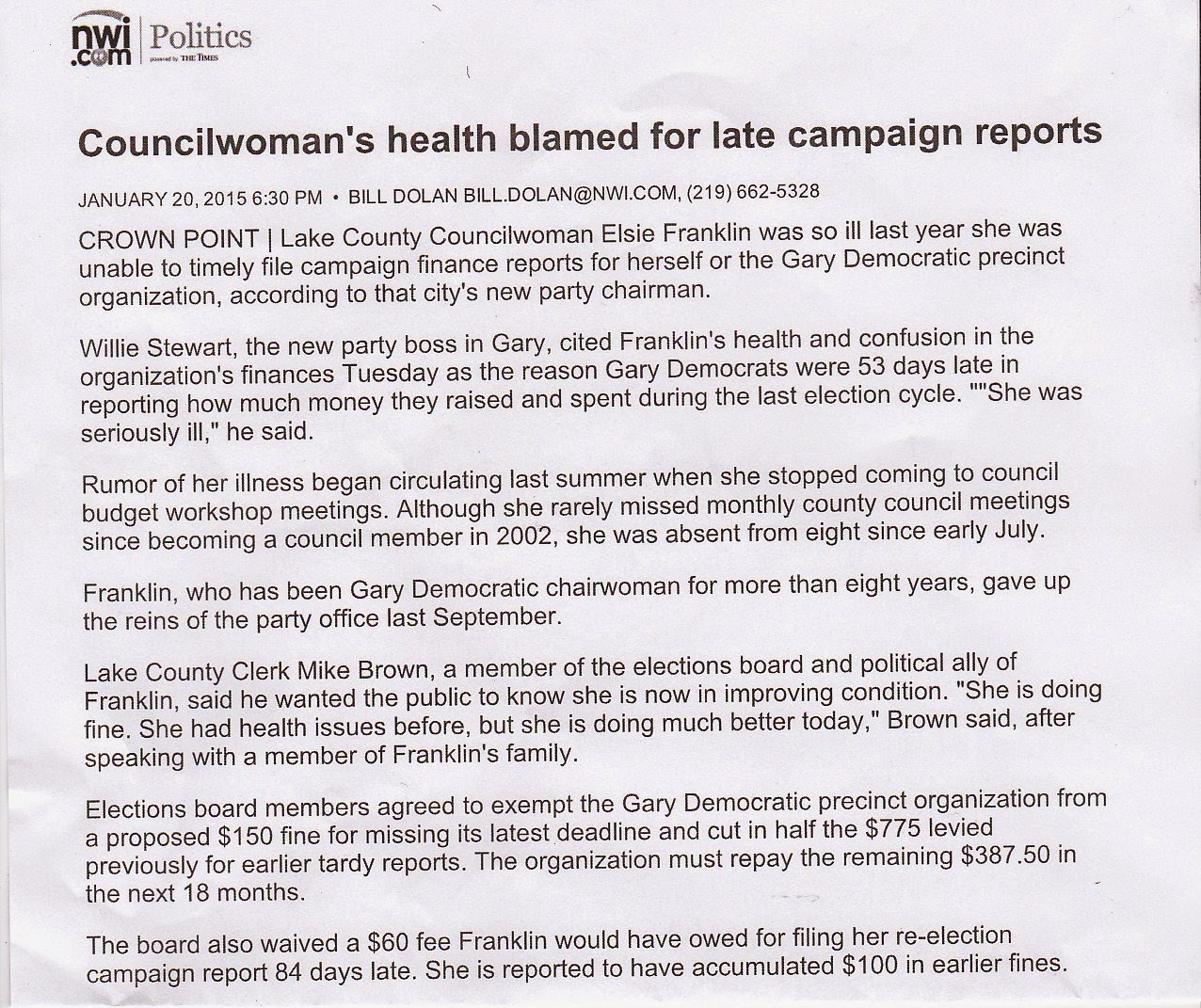 "The Times" version of my letter to the editor. 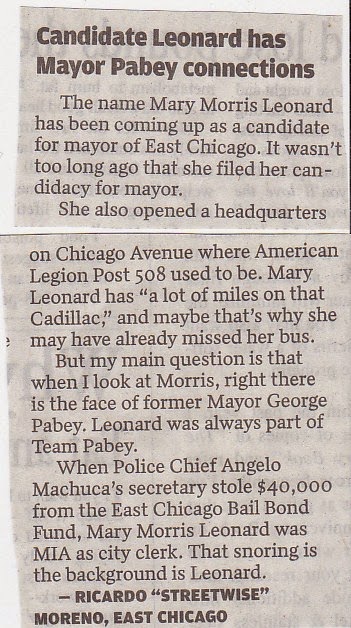 Unedited version of letter to the editor

The name Mary Morris Leonard has been coming up as a candidate for Mayor of East Chicago. It wasn’t too long ago that she formally announced her candidacy for Mayor of East Chicago. She also opened a headquarters on Chicago Avenue where “Post 508” used to rent the location for a long time. Mary Leonard has “a lot of miles on that Cadillac”, and maybe why she may have already “missed her bus”.