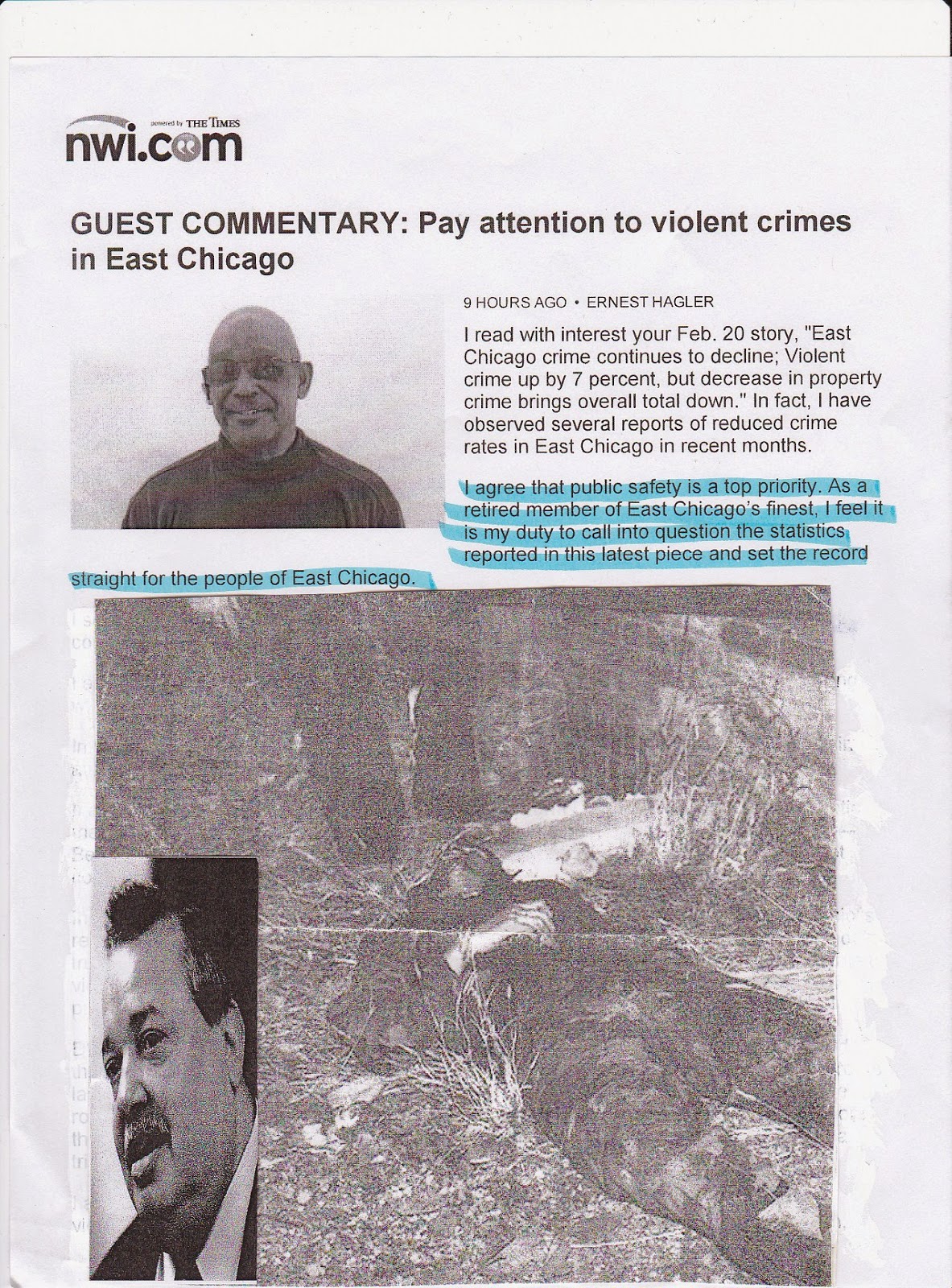 In the 3.10.15 Guest Commentary, Pay attention to violent in East Chicago. My focus was on the sender.  The commentary is “taking a swing” at Chief Mark Becker of East Chicago Police department, and I get that. You won’t find a bigger proponent of freedom of speech than yours truly mister. My concern and focus are more on Lieutenant Hagler’s “baggage”. Lieutenant Hagler was the “guy in charge” at the 3pm -11pm shift that Halloween night on 10.31.85. His name along with SGT George Pabey’s names appear on the offense report #8518660 This is the same offense report that Marc Chase wrote about on 10.23.14 about a possibly missing page from the police in the matter.
Yet, it passed Lieutenant Hagler’s “stink test”. In the early 1990’s, you had George Pabey retiring and becoming Chief of security at Showboat Riverboat Casino. He took Ernest Hagler with him to work security. When George Pabey became Mayor of East Chicago, there was Ernest Hagler as East Chicago Building Commissioner. This is why I read with interest “Pay attention to violent crimes in East Chicago”. 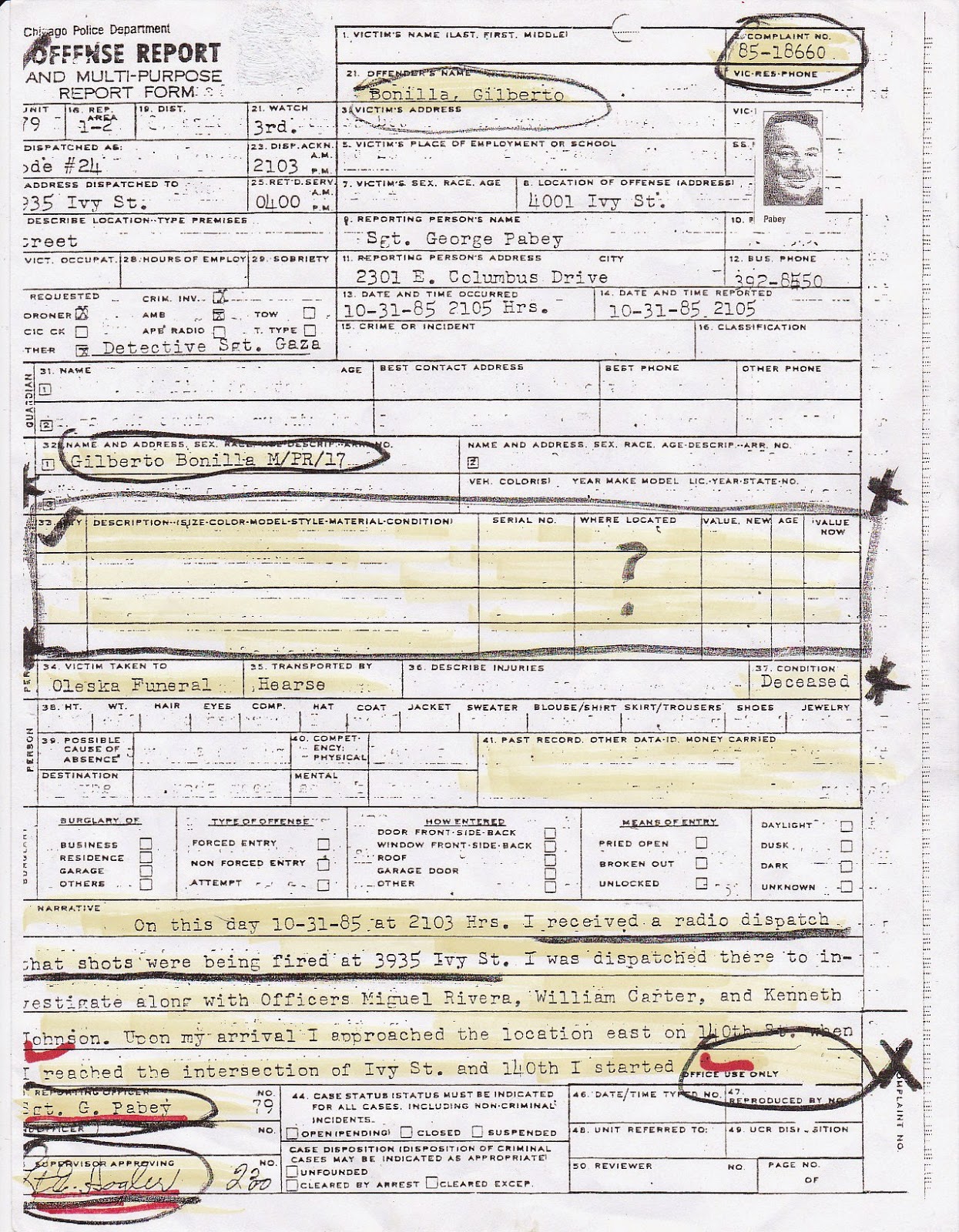 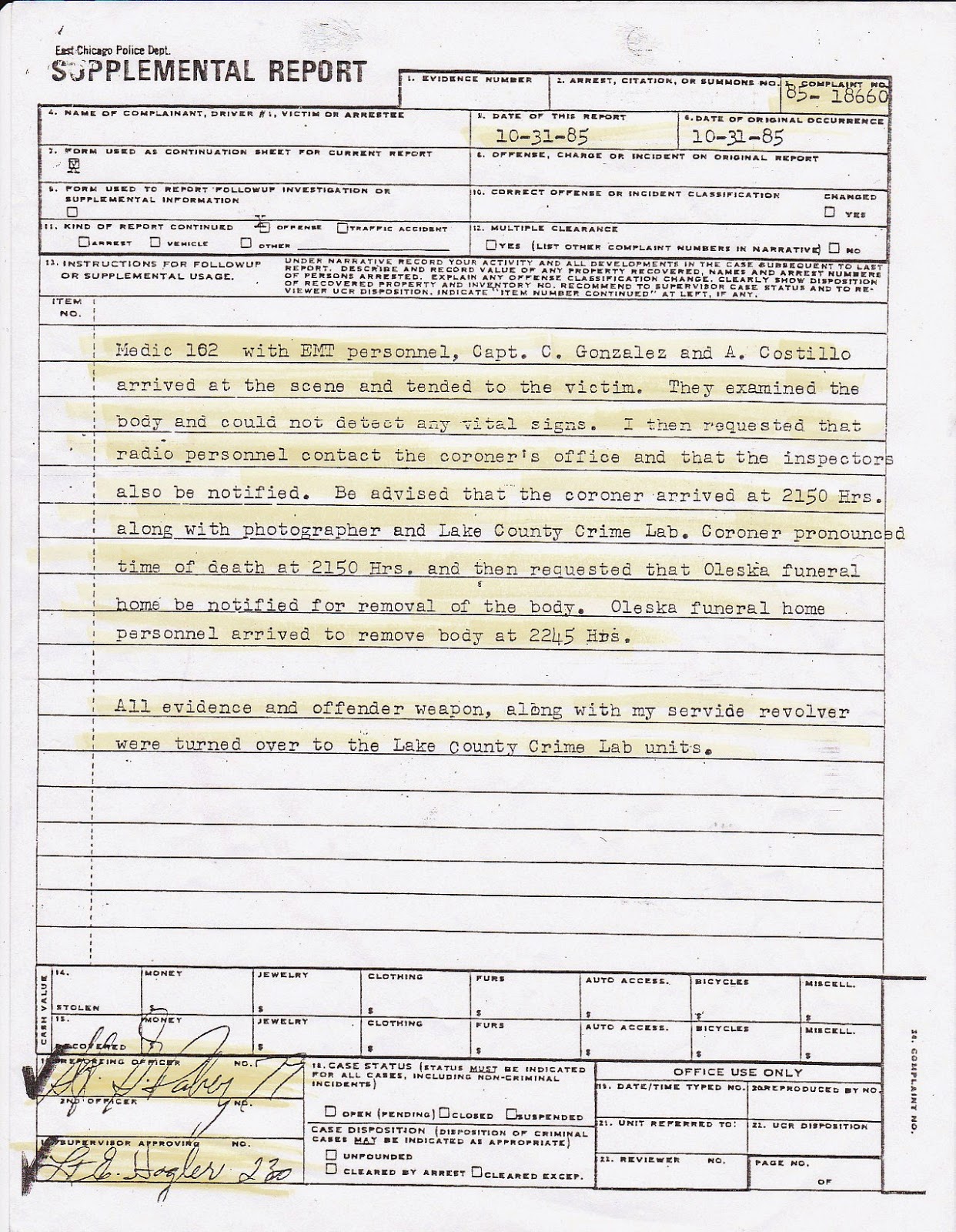 Posted by fromthestreet.net at 2:28 PM