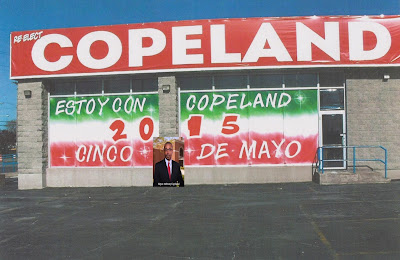 “I’m with Copeland”, and I was glad to see him win his re-election bid for Mayor of East Chicago on 5.5.15… there was talk about a “victory party, but nothing came of it. Some people like, “what’s up Street? What’s up with the victory party?” They asked me about the party. Soon, Street discovered that a “spoke in his wheel” was ill and in the hospital. Thus, the victory party was on hold for now. If now is 8.5.15, people are asking about the victory party.
It rained down near all day, and you had people out there in that wet, cold, dreary day working the polls for Mayor Copeland. Hope my guy “Jackie Robinson” steps up to the plate and have that “victory party for all those supporters who braved the elements working those polls to help him get re-elected… 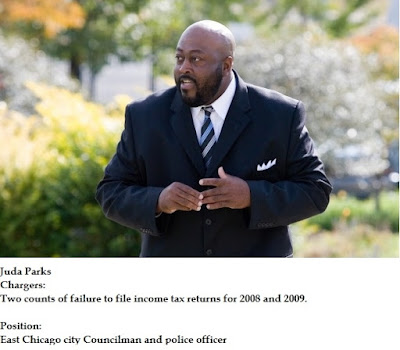 East Chicago has six district councilmen and three Councilman-At-large with a population of 30,000 people. They attended two meetings a month and make $42,000 a year. Need referendum to reduce the number of city councilman to six district councilman and follow the direction of East Chicago School Board, which has reduced the number of board members from 9 to 5. The feds let Juda Parks “skate”, and he filed a lawsuit to challenge the new Indiana State Law.


Posted by fromthestreet.net at 2:04 PM