G.I. in the House 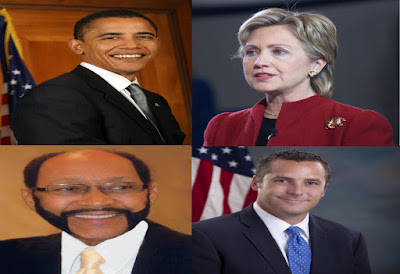 Street
This letter to the editor is material that you will not get from WJOB, you feel me? Until Mayor McDermott Jr. forms an “exploratory committee” to look at a statewide office. It’s “woo-woo-woo” Mayor McDermott Jr. who plays the press like a fiddle and allowed Post-Tribune and The Times to interview him on this matter… and it don’t “cost him a chip” to just run his mouth and talk about running for congress or statewide office… All he really cares about is that both newspapers spell his name right, you feel me?

“McDermott couldn’t win Gary if he run for state office, Street,” this black gentleman, who a Gary Precinct Committeeman told me matter of fact. This was a gentleman who has been in the game for years and always has been a straight shooter”. I took this guy’s cue and started asking other folks and basically got the same story.
In 2008, you had Gary, Indiana the focus of a story that went national and on CNN. It was here that Mayor McDermott Jr. was in a confrontation with then Gary Mayor Rudy Clay, who was also Lake County Democratic Chairman. The issue was over why Lake County, Indiana was the only county that hadn’t yet turned in the vote total in Obama vs Clinton. The implication and innuendos of voter tampering were coming from Mayor Tom McDermott Jr. of Hammond, Indiana. McDermott was pushing Hillary Clinton in 2008.
The other issue facing Mayor McDermott was as the new Lake County Democratic Chairman he failed to appoint any black to the Lake County Democratic Central Committee. This issue hurts Mayor McDermott Jr. with voter in Gary Indiana. “He won’t bust a grape in a wine factory,” this other black Precinct Committeeman told me. Other Gary resident also concurred.
Posted by fromthestreet.net at 11:57 AM