Street submitted a letter to the editor at The Times newspaper that dealt with Mayor Soderquist of Lake Station and his federal trial. His wife was also on trial. Both were found guilty of using money from “food bank” to go and gamble at “Four Winds Casino”. Attorney Scott King files a motion for “retrial” on the ground that Federal Judge Rudy Lozano was dosing off during the trial… Having put in some three hours at the trial, Street had seen and heard what Attorney Scott King and his “sexy co-counsel” were talking about… Street saw Judge Rudy Lozano “nodding off”, you feel me?


After letting the “narrative marinate” for a couple of weeks, Street sat down to write a letter to the editor of The Times. Anyway, it was here where “my baby beef” kicked in. The Times rejected my letter, and when I asked why? “Judge Rudy Lozano was having a medical,” was the answer that Street got as to why his letter wasn’t published. “Fine, and I get that. But then why was Judge Lozano trying a case in the first place?” Street talked aloud.


Street put in some field work and attended one of the session of U.S. Federal Government vs Keith Soderquist 2015… and not to sound redundant, but Attorney Scott King had a “tall drink of water” partner next to him. She was his co-counsel in court. This is what kept Street awake, you feel me? But yes, this writer “peeped this” like the young people talk.


Judge Rudy Lozano was “nodding” dog… we’ve all done it, but not in U.S. Federal Court… Street couldn’t believe his eyes and felt immediately empathy for Judge Lozano… In a “wheel chair” and presiding over federal cases down on Hohman Avenue with tendency to “take that nod” … Sleeping, no, he wasn’t sleeping, but he was “nodding”. People on the street know what I’m saying… Had to put something on paper. 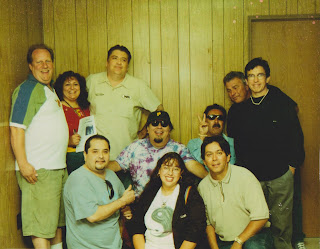