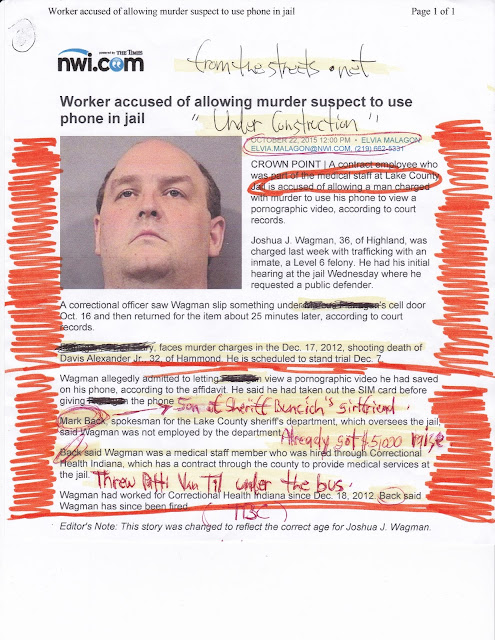 Word Out In The Street 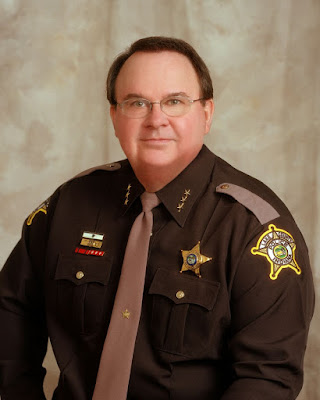 
Posted by fromthestreet.net at 5:05 PM 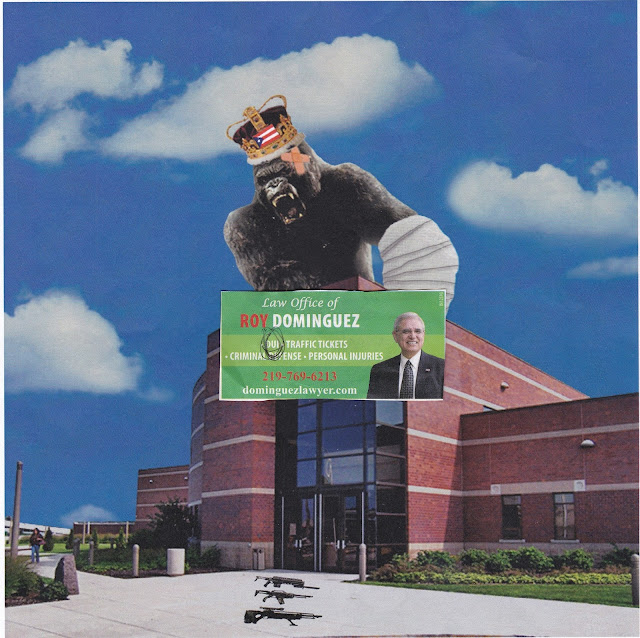 Guy in My Path

Met a guy who was real close to the case involving the two sheriff deputies. Street told him what Chief Marco Kuyacich said. That Lake County Sheriff Department has the best accident reconstructionist to investigate the crash.
Source tells me, “come on, bro!”
“Don’t jack me off,” Street tells him.
Source laughs as he engages Street. “I’ve seen the paperwork,” the guy went on.
“Ain’t this a bitch!” Street talks out loud. “Yeah, but, maybe, he was on sick leave or gone fishing.”
“He was on call, Street,” guy tells me.
“Wow!” This is all that Street could muster up.

It was discovered that the surviving sheriff deputy had lied on the police report as to who was driving that car that morning.

Bet You One Thing

Had the Indiana State Police been called into investigate that total crash. The surviving sheriff deputy would have been given a “blood alcohol test”. He might have faced vehicular manslaughter charges. 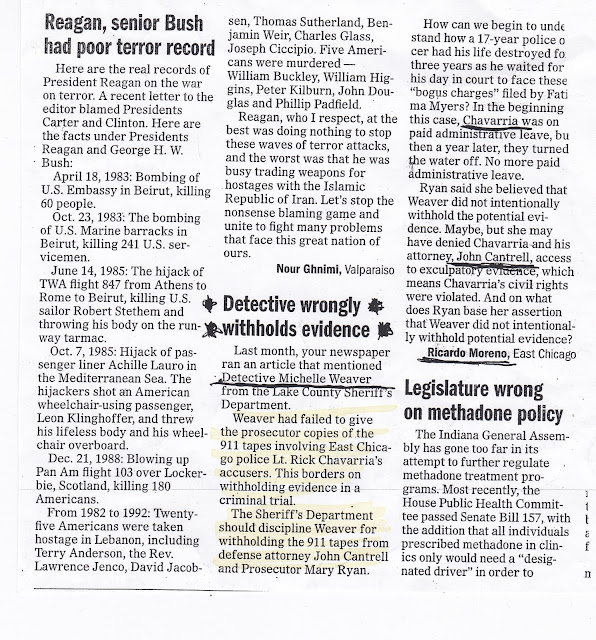 Posted by fromthestreet.net at 5:24 PM 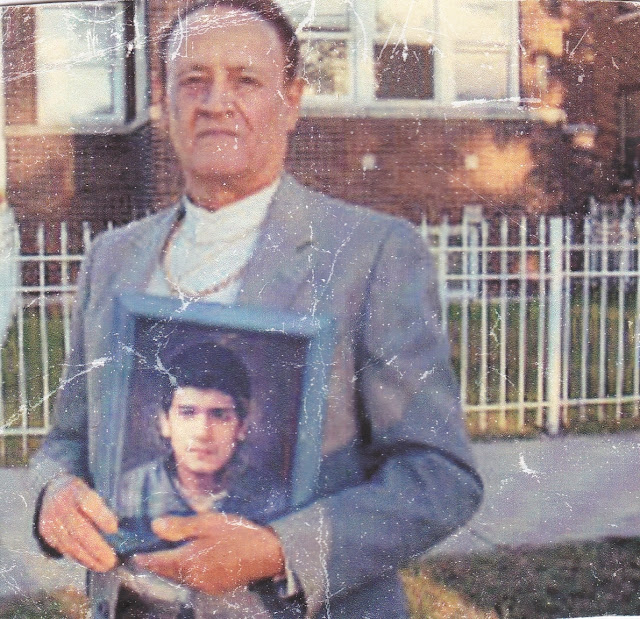 Mr. Angel Bonilla with a photo of Gilbert Bonilla
140th and Ivy Street where scenario unfolded

#85-18660 Offense Report from Gilbert Bonilla homicide case on 10.31.85 has a page missing. You follow the narrative, it reads: I reached the intersection of Ivy Street and 140th … then it ends abruptly.

“Medic 102 with EMT personnel, Capt. C. Gonzalez and etc.; etc.; etc.… No continuity and obvious a page is missing when my mind went directly to what Bill Nangle in his editorial. The question then likely will be? Can the record be found, or have they in traditional East Chicago fashion disappeared? The box where the question of condition of gun is has been whited out. 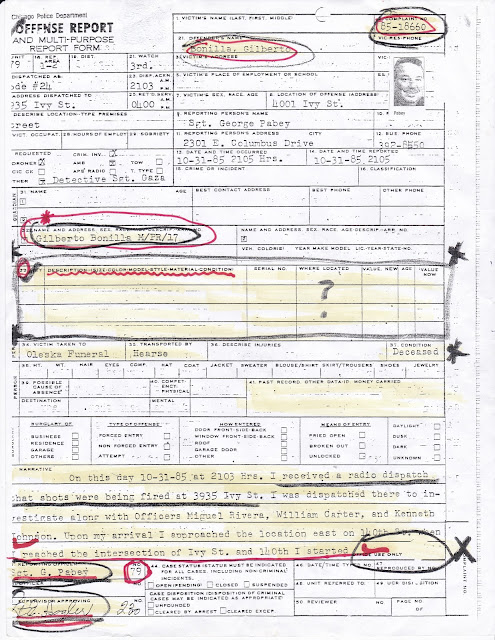 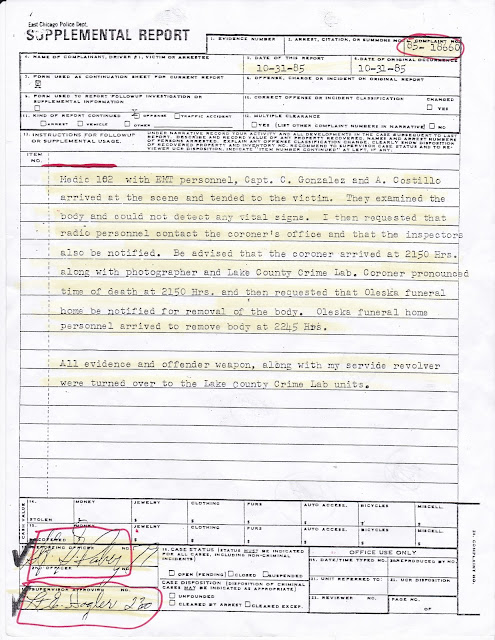 Posted by fromthestreet.net at 12:37 PM