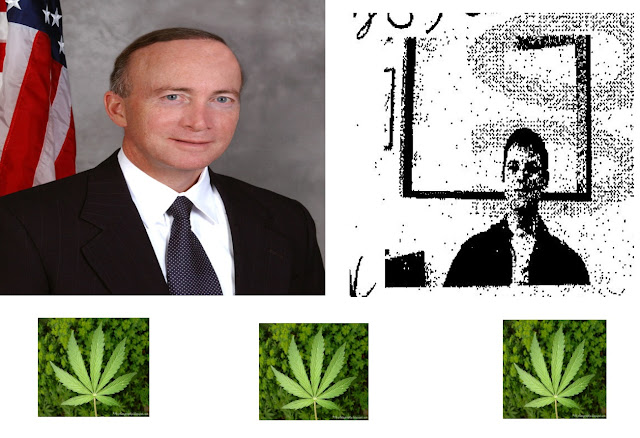 Some “news geek” looked at the “blog”, and we started to “kick it” … my tendency was to look for the back story whenever investigating these stories… Mine was Mayor Tom McDermott, Jr. recently hired as first base coach for Purdue Calumet Baseball team? Is this a paid position? Did Mitch Daniels “green light” the hiring of Mayor Tom McDermott, Jr. As of this writing, Mitch Daniels is current the President @ Purdue.

Told me that Aaron McDermott was arrested for possession of marijuana at Indiana University. You had Mitch Daniels getting “popped” for “possession while he was at Princeton!
“They were buddies, Street,” laughing as he pushes me to make his point.
“How Street knows this true, Geeky?” Street probes.
“That’s probably why he never ran for President of the United States… his wife left him and moved to California and married a doctor. Left the doctor and came to Indiana,” Geeky is telling me all this.
“He took her back,” Street jumped in and asked.
“Yeah, he took her back,” Geeky tells me.
“And maybe another reason Mitch Daniels didn’t run for President of the United States.”
Geeky went on, “maybe.”

At the End of the Day

Feel good while there is a little woo-woo-woo in this story, but it’s mostly “just the facts” …

To source who got “intel” to Streetwise, sort of validates this little raggedy blog. Just lie “King Kong” going down from a small virus in East Chicago did.

Where you can speak your mind and ask questions.

Mitch Daniels is weighing a run for president 22 years after he glumly told his college newspaper, the Princetonian, that "any goal I might have had for competing for public office were shot." Though Daniels is often knocked as a dull numbers guy, his past is actually among the most colorful of any Republican contender's, beginning with the surprisingly little-known fact that he was arrested and jailed in a drug sting operation that centered on his Princeton University dorm room.
According to campus newspaper reports supplied by the university, Daniels and two other students were swept up in a five-month joint investigation between New Jersey state police and local police that culminated in the May 14th, 1970 raid on Daniels' shared room at111 Cuyler Hall.
Daniels and the two other students were initially charged with possession of marijuana, LSD and prescription drugs without a prescription and with "maintaining a common nuisance by maintaining a place for the sale of narcotics."
A local detective testified that police had seized "enough marijuana to fill two size 12 shoe boxes and quantities of prescription drugs were found in the room," according to a dispatch in the Daily Princetonian, whose archives aren't available online for that year.
The undercover state police officer involved in the sting visited Daniels' room "eight or nine times" and "observed narcotics paraphernalia, saw marijuana and hashish being used, and purchased marijuana prescription drugs and LSD."
Daniels was never implicated in selling the drugs, and has never hidden the incident. During his 2004 run for governor, a former roommate told the Indianapolis Star that Daniels "had nothing to do" with selling drugs, saying "I was busted." The roommate went on to say he was no fan of then-President Bush and would have gladly offered unflattering information about a GOP candidate if he'd had it.
Prosecutors later dropped the stiffer charges against Daniels, and he pled guilty to a disorderly person charge based on his use of marijuana, paying a $350 dollar fine.
During his political campaigns, Daniels has discussed the arrest, and he held a security clearance during his time in the Bush and Reagan administrations; he has typically characterized it as a minor pot arrest, and typically doesn't mentioning the initial acid charge.
Even before President Obama made elective office safe for the admitted use of, even, hard drugs, Daniels took back his assessment that he was finished for elective office.
He told the Princetonian later in 1988, when he was vetting for appointment to Dan Quayle's vacated Senate seat, "I talked to some political people about it. I think you could make a forthright account and statement and take your chances."
"There's probably not a living Hoosier whose life has been scrutinized more thoroughly than mine," he told the Star in 2004. "We live with the consequences of our actions and that's a good thing."
Though Daniels reportedly walked reporters in great detail through his record in 2004, a Daniels aide didn't respond to an inquiry about the details last week.


Posted by fromthestreet.net at 2:21 PM