Had a person Gray call me up and gave me a story tip… Alleged that Mayor McDermott, Jr. had orchestrated a “photo op” with a “black guy” (pastor) and councilperson for his wife. The “back story” was what got my attention as Street probed. Discovered a newspaper article that ha story of pastor in “photo op” was charged with child molestation. His lawyer was Karen Freeman-Wilson. Now the rumor is that Mayor McDermott, Jr. dropped some money on WLTH 1370 AM. Now, no radio host can criticize Mayor McDermott or his wife.

There is a big faction of people in Gary that are rollin’ with Judge Paras… Ain’t feeling that, how radio station, WLTH, in Gary can operate like this?... Team McDermott, Jr. drops some “cake” over there at the radio station and no more “Freedom of Speech. Does the term “Uncle Tom” comes to mind?

Source also talking about how John Key who had a consulting contract with Calumet Township Trustee Office had a restaurant in the same building. And it was also rent free, you feel me?

People has been dropping dimes that the ownership of WLTH 1370 AM might be in question. Don’t know how much “cake McDermott, Jr. dropped in Gary with WLTH. Hope it’s enough because we’re talking potential “FCC violation here, mister? 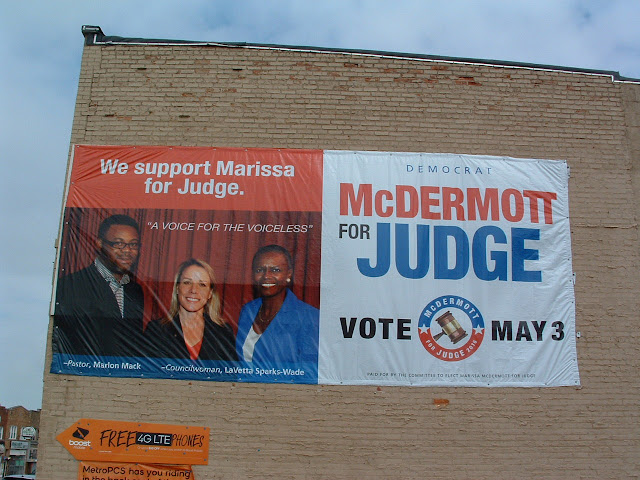 A Source worked at Government Center in Crown Point. My guy had a “box seat” to this ballgame. It was here where source told me that LaVita Sparks Wade was the person who came to Lake County Jail and bailed out Jamal Washington right after his arrest for attacking and strangling his wife and another woman who lived with them for 10 years. Sparks Wade gave Jamal Washington to rest his head during this period. Once the wife “move out, Jamal Washington returned home.

The young woman who was victim of physical assault had been living with Jamal Washington and his wife and daughter for ten years. As of this writing, the young lady is twenty-two years old. She worked at Illinois Central Bus Company where Jamal Washington used to work… Rumors surfaced right away that this woman recently had a son, and you know who’s the father. Sources allege that woman used to say baby was her nephew. But after the attack she started saying “baby boy” was hers!!! And you know who the “daddy was”.

·        Bill Dolan and Lauri Harvey Keagle The Times
·        Dec 4, 2015
Bottom of Form
CROWN POINT | A Lake County Councilman is charged with two felony counts of strangulation and one count of domestic battery in an incident involving his wife and another woman.
Jamal Washington, 42, of Merrillville is being held at the Lake County Jail. If convicted, he faces possible prison time and loss of his political office.
According to the probable cause affidavit, Merrillville police were called to a home in the 5600 block of Connecticut Street at 3:46 p.m. Thursday regarding a battery in progress.
The report said Washington initially was involved in an altercation with a woman who lives with the family, police said.
Police report the woman said she works for Jamal Washington, but didn't say in what capacity.
Washington reportedly hit the woman with a piece of wood trim and then strangled her. Police said Washington's wife attempted to intervene and stop the incident.
Washington's spouse called 911 but hung up out of fear, then called back and whispered to police to come to house, authorities said.
According to the report, Washington's wife said, "I can't do this anymore...the violence needs to stop."
Jamal Washington then allegedly sent the woman out of the back bedroom and confronted his wife. When his wife refused to apologize, he knocked her down, hit her, bit her and attempted to strangle her, the affidavit said.
Washington's wife told police these abuse incidents have occurred several times in front of the couple's children.
Police said they observed cuts, bumps and bruises on both women.
Subtitles
·subtitles off
Captions
·captions off
Chapters
·Chapters
Lake County Sheriff John Buncich said Washington won't be released until a court officer sets bond for him at an initial hearing.
Washington, a Merrillville Democrat, was elected 3rd District Lake County Councilman last year. He represents Gary's Miller and east side neighborhoods, the town of Merrillville and scattered precincts in Schererville and Griffith.
Washington has been a vocal opponent of crime, particularly gun violence and homicides in Gary. He has participated in marches and rallies against violence in the city and in August, Washington joined fellow council members in a unanimous vote to add more sheriff’s police to patrol Gary’s streets.
He is a senior contract manager and spokesman for Illinois Central School Bus company that has been transporting Gary public school students since 2007 as well as those of the Lake Ridge School Corp. and Lighthouse Charter schools in Gary.
Washington's supervisor at Illinois Central Jim Love said Washington has been suspended pending the outcome of the police investigation. Kara Hamilton has been appointed as the interim contract manager in Washington's place, Love said.
On his campaign website, Washington states he was born and raised in Gary. He attended Lew Wallace High School until his family moved to Dolton, where he graduated from Thornridge High School with a major in business management and management information systems.
He said he also pursued advanced accounting courses during his enlistment in the U.S. Army Reserve.
The campaign site said he received experience in government operations, management and budget preparations while working with the late Rudy Clay, a former county commissioner and Gary mayor. He also said he worked in information technology for the village of Dolton and city of Gary.
He said he was awarded the 2013 South Shore Leadership Center’s "leaders and heroes certification for his advocacy for children."
Washington also sits as a member of the Lake County Democratic party's governing board. -- Carmen McCollum contributed to this report.


Posted by fromthestreet.net at 3:53 PM