Look What the Genius Did 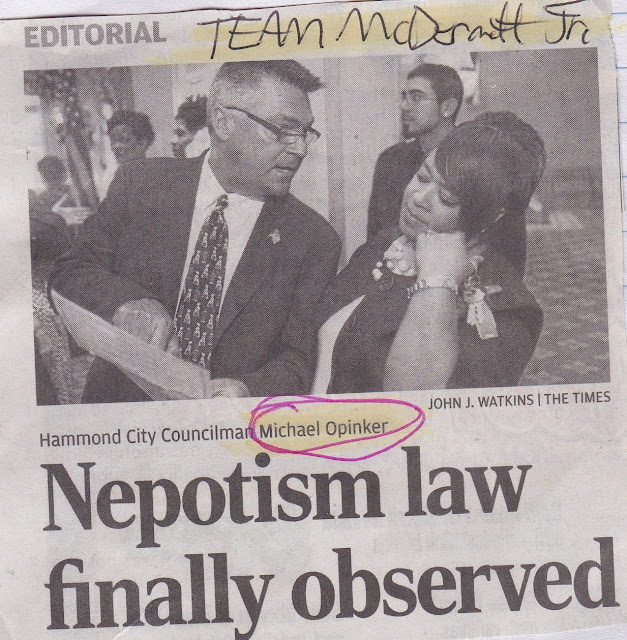 Look What the Genius Did


In 2011, each of the six councilmatic districts in Hammond got casino gaming monies to spend in their districts. Street got a call from a source what hated Tom McDermott, Jr, Mayor of Hammond, just for the record. The only thing that street gotta checkout is the accuracy of the narrative that the source is given me. One week before the 2011 General Election in Hammond Councilman Opinker went to work. He spent $32,000 dollars for dumpsters in his 5th District. Opinker was up for re-election.


He scattered seventy-nine dumpsters throughout the district as part of his neighborhood cleanup program. The dumpsters also had a banner wrapped around it: Opinker 5th District, Hammond; etc.; etc.; The genius is what Juice told me about Opinker banners being the same color as his campaign sign --- Electioneering. 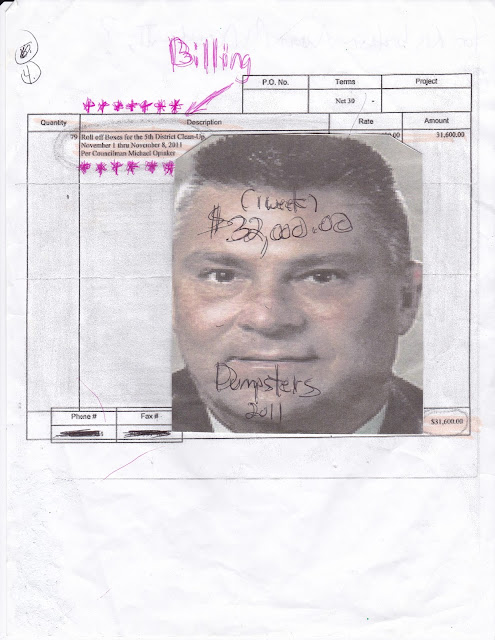 
Street inserted the newspaper clippings to show the $32,000 dollars. My point was to point out how Opinker spent $32,000 dollars in a week prior to the 2001 General Election wasn’t mentioned. Par for the course with The Times. Pick and choose who to “nail to the cross”! 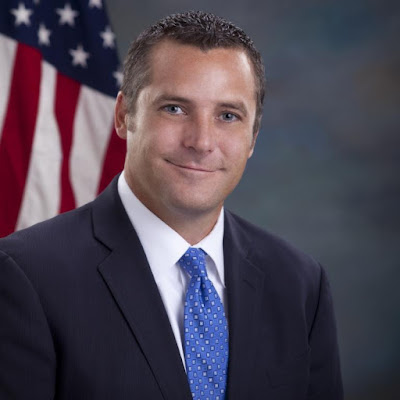 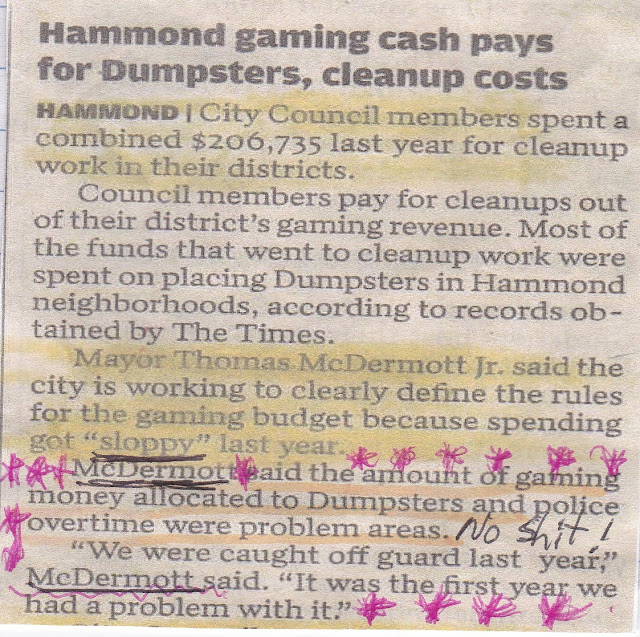 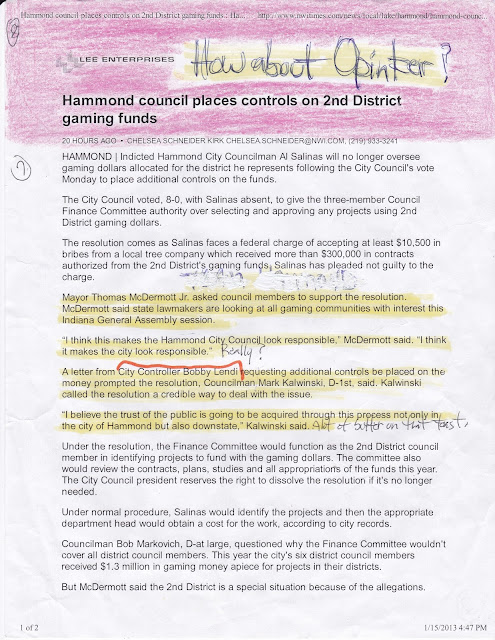 Posted by fromthestreet.net at 4:30 PM