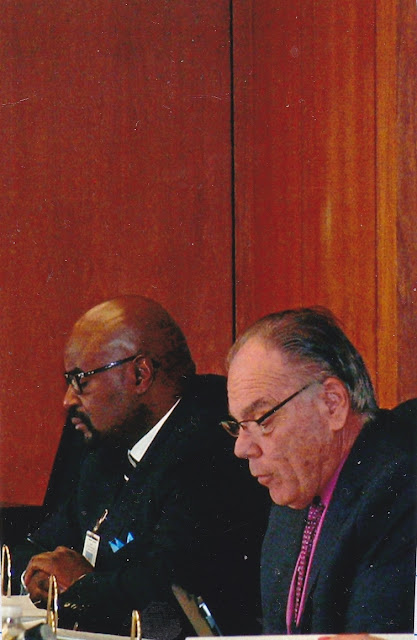 Since them 3 Letter Boyz rolled on Sheriff Buncich and raid over there on Melville and Alexander, people have been speaking. Rumbling on Russell Street has been out there for a while, but it became more tangible for me when former Hammond City Councilman talked to me.
“I heard about that… something about fixing DUI.”
Street listened to him real attentively. That’s why it’s my feeling that Mike Brown is another individual who may be “on deck”, you feel? Source was saying that they think “Battle Dropping Dimes on that raid in West Calumet. Street went past Melville and saw my amigo Solis putting in new windows in the house that was raided. Poe-Poe busted out the windows!

First to email(fromthestreets.net@yahoo.com) me the nickname of Willie Szarmach wins breakfast for two @ Petros Restaurant on “The Blvd”. Hint: Starts with the letter C.

James Wieser in photo with Mike Brown who make up part of a Kangaroo of Mayor McDermott, Jr. has on the Lake County Election Board. Wieser ran for State Representative and got like $2,500 from Team McDermott, Jr.


EAST CHICAGO — Three federal search warrants are being served at three locations in the city Thursday, a spokesman for the U.S. attorney's office said.


The warrants were to be served at two addresses in the 4900 and 5000 blocks of Melville Street and one address in the 4800 block of Alexander Street, said Ryan Holmes, of the U.S. attorney's office in Hammond. Holmes declined to comment on the nature of the investigation. The warrants are not related to a separate indictment unsealed Thursday in the federal Latin Kings street gang investigation charging a 25-year-old Danville man with drug conspiracy and use of a firearm in a drug trafficking crime resulting in murder, Holmes said.
Sarah Reese sarah.reese@nwi.com, (219) 933-3351

Posted by fromthestreet.net at 8:37 PM