One of Washington's Colleagues Has His Own Baggage 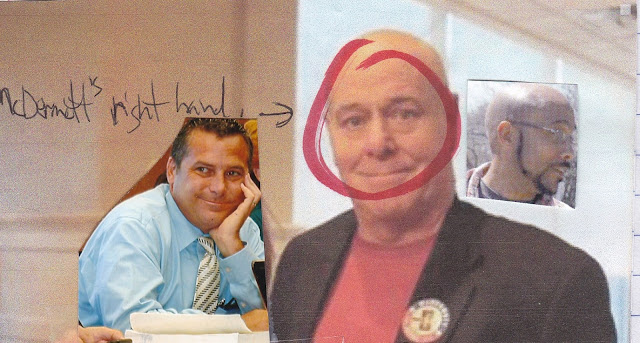 One of Washington’s Colleagues Has His Own Baggage

On the heels of Marc Chase’s column up crops another case of domestic violence from a source who is fan of my blog… my source alleges when Dave Hamm was Chief of Hammond Fire Department that he had a fireman who beat his wife, so bad that she had to be hospitalized. Source further alleges that Hamm intercepted and had the case squashed with the county prosecutor.

“Iris the Virus” is the former wife’s stage name when she worked at the “Doll’s House” strip club. Allegedly, Iris the Virus was dating a gang member which pissed off husband.

A.     Street Working the Phone

After a series of phone calls, Street hit gold with who gave a retired Fireman a “big ten-four” on the aforementioned narrative.

Who works for the city of Hammond got me “Iris the Virus’s address.

Posted by fromthestreet.net at 1:52 PM