Streetwise introduced himself to the board and addressed questions to Chief Marco Kuyacich was “running the meeting” and obviously “the big dog” here.
“I’ll tell you why we didn’t call in outside agency” … we have the best accident reconstructionist in the area,” Kuyacich responded to my question, and it sounded like a really good answer.


Why They Call Me Streetwise


Had a conversation with a source on a whole other topic when Street went to working him.
“Why didn’t Lake County Sheriff Department call in “State Poe-Poe to “eyeball this one”, Boss?” Street cut to the chase.
“You wanna know something else,” Source asked me.
“At the meeting, Chief Kuyacich tells me they have the best accident reconstructionist in the area,” Street shots his wad.
“He’s absolutely right, Street… only thing is they didn’t send the best reconstructionist to the “crash site” that left Forster dead,” Source is telling me stuff that my ears my ears perk up like a good canine.


1.    Maybe, the best accident reconstructionist in the area was having surgery at Christ Memorial?


2.    Maybe, the best reconstructionist in the area was fishing in Wyoming? Hiking in Arizona?


“I’m not jerking you off, bro,” Source re-assures me.


“Wow!” Is all that Street could muster as he talked to himself?

News is what people don’t want you to know… the rest is all advertisement.


Bet you “State Poe-Poe would have gotten a blood test on Kitchen!!!! 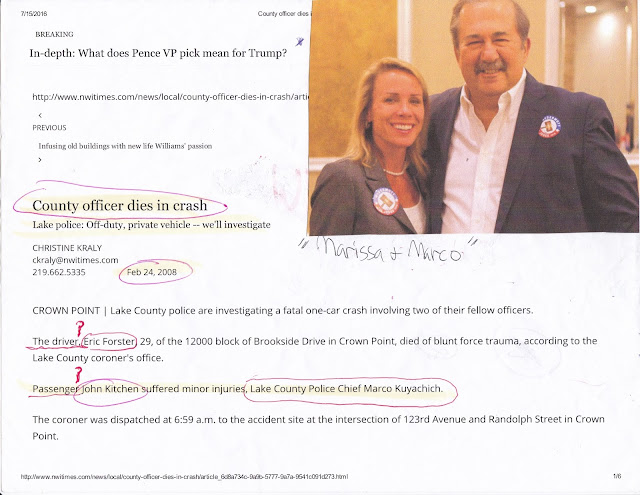 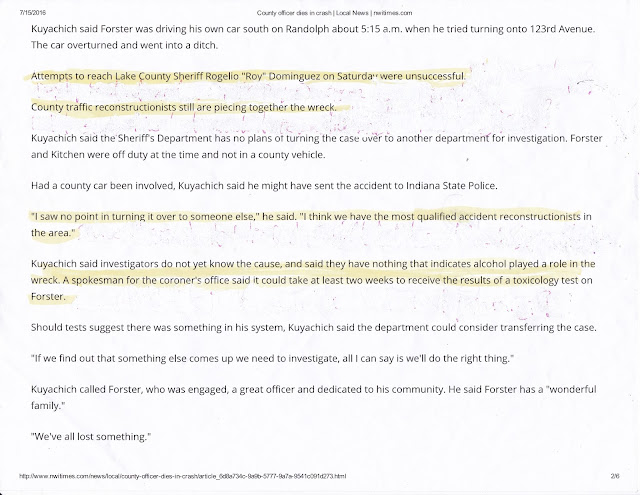 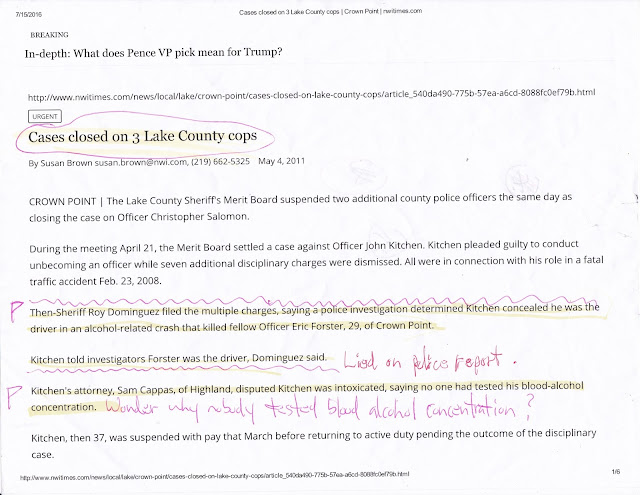 Posted by fromthestreet.net at 1:05 PM