Keeping It One Hundred 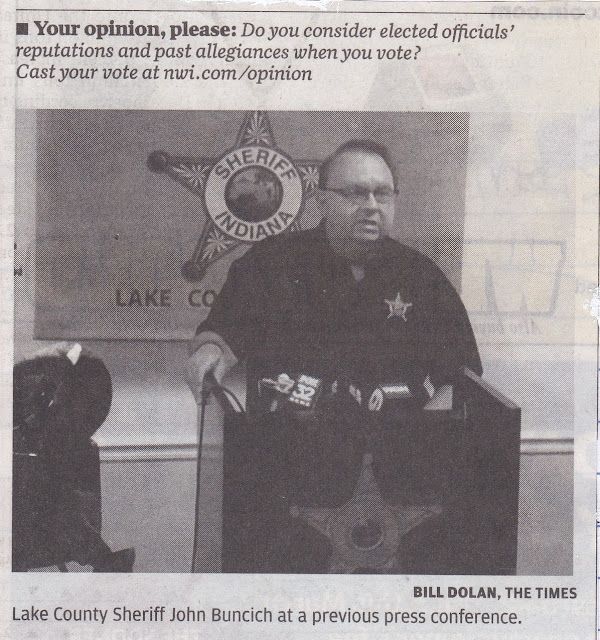 Keeping It One Hundred

You had a car crash that involved two Lake County Sheriff Deputies that left one dead… Deputy who survived the fatal car crash lied on the police report in claimed the Deputy who died in the fatal crash was driving, you feel me? In actuality, he was covering up.

Sheriff Buncich gave this Deputy two weeks off “without pay” and some counseling program, and case was closed. “Real cop” would have “launched” Deputy for lying on a report. “Fast, quick and in a hurry”, you feel me? The Lake County Sheriff Merit Board “rubber stamped” Buncich’s decision, which was of a politician, not a cop!!!

That stuff Buncich wrote in the paper, he needs to blow that out his “you know what”.

Street Had to Dip

Called up Buncich that night and told him that he was “M.I.A.” on supporting E.C. Poe-Poe in Lake County Superior Court. Street had some bass in his voice as he told Buncich. “My guy on the “hot seat” for supporting you, and you can’t come and do support for him.” Street was hot!  Next day Buncich showed up in Jude Murray’s courtroom.


Posted by fromthestreet.net at 4:52 PM