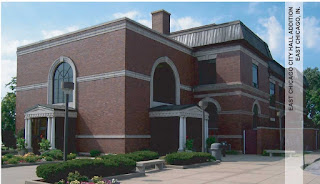 Tom Dabertin, H & R Guy @ East Chicago City Hall, has 2 narratives floating around out there and a possible 3rd narrative on the “back-burner”. There are allegations about some “shady stuff” that involved Foster Ward Foreman with East Chicago Street Department and theft at the work place. Another East Chicago city employee who allegedly also stole some stuff from E.C. Street Department was fired. But Foster Ward allegedly resigned to take job in Las Vegas while “Monsi” who was Foster Ward’s boss was “let go” days later after the story broke throughout the city.

J.R. resigned as Mayor Copeland’s Chief of Staff allegedly because he was unhappy how Foster Ward’s narrative was handled, you feel me? Tom Dabertin allegedly did the investigation involving Foster Ward and not a law enforcement agency. Wasn’t too many months ago that the “3 Letter Boyz” went to East Chicago City Hall and allegedly pulled Tom Dabertin’s files. Sources also tell me that Tom Dabertin, H.R. guy at E.C. City Hall, recently hired a guy who was arrested in a drug raid in West Calumet last December 2016!!! Source further tells me that this guy is wearing a monitoring ankle bracelet as he waits trial on drug charges. Source is better than a government check. 3rd narrative is “fresh” and is not ready for publication but under construction.
Posted by fromthestreet.net at 6:11 PM