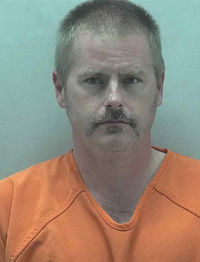 
Eric Krieg and Me
Street

For a long while, Street has been telling Jan’s Towing to go to Hammond Poe-Poe and get a copy the police CAD number from the radio room. This is pertaining to a tow that Jan’s Towing lost to Herrera’s Towing… like they were “bogarting” Jan’s Tow, it is how Street translated. And it was “shady”.  Lefty was fooling me but for some reason he wouldn’t “pull the trigger”. You know the old saying. “You can take a horse to water, but you can’t make him drink.”


“There’s strength in numbers,” Eric Krieg told me over the phone.


“Okay, coordinate it, Street,” Jan’s Towing tells me as we prepare to do our thing. 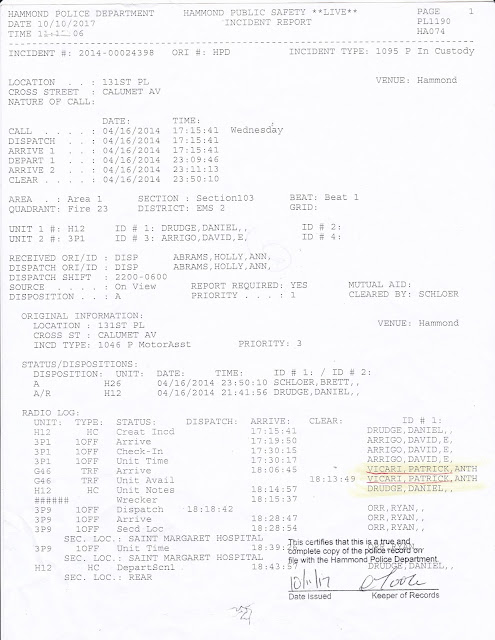 The Day of Tuesday

Street and Lefty sat in his Ford 1-150 with the chrome bulldog on the hood. It was like 11am, and we’re parked in Big Frank’s parking lot. Street wanted a Polish beer, but Lefty said he was hungry. Street stood out front of Big Frank’s waiting on Eric Krieg who was coming from B.P. Oil. Never knew he was the pipe bomber. Eric Krieg pulled up in that black Crown Vic (big body).


Jan is riding “shotgun with Eric Krieg, and Street is in the back seat. Jan is happy and anxious now. Street talked with Eric about the tinting windows on the black Crown Vic. We “shot the shit” as Eric parked the black Crown Vic, and we stroll towards Hammond Poe-Poe Station looking to handle our business. The guy from the newspaper asked me if Eric Krieg walked strange. Eric to me walked straight as an arrow. No unique gait or any of that woo-woo-woo.


Inside the records small room, we sat and waited as they looked for the radio call log that Jan’s asking for. Street and Lefty were sitting, but Eric Krieg stood. Street teased Lefty about the cop given him the finger. It was now twenty minutes later and no paperwork


“Why don’t we break for lunch and come back later,” Street suggested to Lefty who agreed. To save time, Street had ordered a Polish for Eric Krieg,


a BLT sandwich for Lefty and an Italian Beef sandwich with Polish beer. You order food and just sit back and wait. This way Eric Krieg would be able to break bread with us at Big Frank’s. We talked about how everything was going to plan and all the roads lead to Mayor McDermott, Jr.

We’re eating, and you can tell that Jan is happy and relieved that we “pulled the trigger”. Thanked Eric Krieg for backing our play over here at Hammond Poe-Poe.  “Yep,” was all Eric Krieg as street slugged on Polish beer.

Two hours later, we’re back at Hammond Poe-Poe looking for the radio log on two bogarted from Jan’s Towing… Jan’s Towing is told to talk with Kris Kantar, Hammond city attorney. Street told him that this was a good sign because they could have said, “I’m sorry, but we have no record of that CAD number.” We’d just wait one more day, and Kris Kantar would honor our request… which she did. Thank you!

Gets charge as the pipe bomber at East Chicago Post Office explosion, and it was over WJOB radio.

This is what Street used to call him to tease… but we share some stuff on politics, etc. He was a valuable source would help me out if I was looking for intel on subjects. But this pipe bomb thing, like no way Jose. Dirty White Boy walked inside Hammond Poe-Poe with Street and Jan’s Towing, and he was cool about it… Now Street knew “Dirty White Boy” had “backbone”, but not that “dark side” like planting a pipe bomb… This blew my mind to hear his name mention at the press conference.

“Maybe, he was already gone and going to the police station with you guys was nothing,” the newspaper guy said.


“Wow,” Street muttered to himself… Street was numb “bro”.


“Red State, Blue County,” Eric Krieg would describe our “neck of the woods”.


Do we ever really know people.
Posted by fromthestreet.net at 12:11 PM