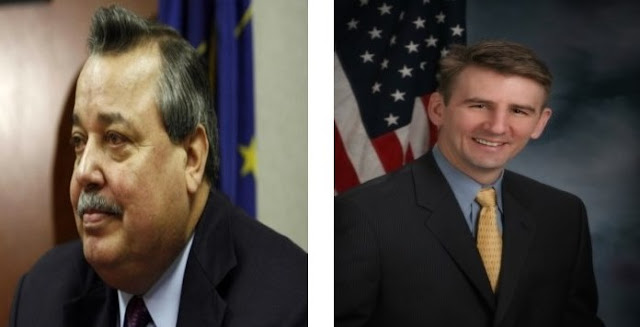 The term entry point comes to mind ass you read in “The Times” where they have a task force investigating an East Chicago Poe-Poe who may have “a little too much cowboy in him. And then my mind turned to Liembach, a Hammond Poe-Poe who pointed a gun at one of his superior and was fired from Hammond Police Department. The back story here is that Liembach’s dad and Mrvan, Jr.’s dad are real good friends for years. Liembach’s father was also a Hammond Poe-Poe.

My sources are better than a government check and laid out a narrative. So pragmatic but wreaks of “pro quid pro”. Allegedly, Frank Mrvan, Jr. made a deal with Mayor Pabey to hire Liembach at East Chicago Police Department. Then Mrvan, Jr. would hire Pabey’s daughter as a PR person for North Township Trustee Office!!! But Pabey’s daughter was “let go” because she called off work too many days.


Liembach also pulled a gun on a Mexican guy at a local water hole and stole a generator from a house on the Southside while on duty. we can thank Angelo Machuca and Pabey for Liembach. Don’t forget Mrvan, Jr.

News is what people don’t want you to know… all the rest is just advertisement. 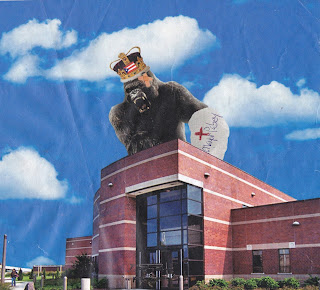 Even though Mayor Pabey was wounded by the federal indictment. He was still “calling shots” at East Chicago Poe-Poe. Machuca was out, and Flores was in as Chief of Police.
Posted by fromthestreet.net at 4:23 PM

If Your Police Department Ain't Straight, Forget About It

“If Your Police Department Ain’t Straight, Forget About it”

Last update, Street mentioned how East Chicago SWAT Team was dishonored because some weaponry turned up missing etc., etc. This was under Police Chief Machuca’s watch… nobody said boo! Right after that e-mailer tells me another case where East Chicago Poe-Poe had an AR-15 and bullet proof vest stolen from him.


Police… Allegedly, Bryan Payne was out drinking one night and got into a beef with some guys at this “local watering” hole, etc., etc. These guys followed Bryan Payne to home and broke into his garage, and they took the AR-15 and bullet proof vest. A.T.F. did nothing. Bryan Payne was East Chicago Poe-Poe and Willie Pabey--- nephew… Willie Pabey is George Pabey’s cousin. So, they let Bryan Payne skate.

There is a new bochinche about more weaponry missing East Chicago Department, and this allegedly under another Chief of Police for East Chicago Poe-Poe… And just now, Street thinks about these scenarios and two East Chicago Poe-Poe’s clowning. Allegedly driving around town sipping on whiskey when one of them allegedly fired a shot in the air. (Source Police Chief Smith and Commander Taylor woo-woo-wooing about this b.s.)


Posted by fromthestreet.net at 8:29 AM