Keeping It One Hundred Once More 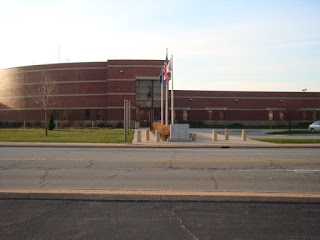 “Keeping It One Hundred”

While looking at photos from arrest on the suspected killer of 11 years old kid in East Chicago that Street noticed something. The tactical vehicle deployed at 4200 Parrish Street was from Lake Sheriff’s SWAT team… Come to find that ECPD has no SWAT team, and it would take 2 hours for a local SWAT team to respond.


You have a “live shooter with an automatic weapon shooting up East Chicago Central High School. It would take 2 hours for help from a local SWAT team. But now my mind came to the part that nobody wants to talk about… like how a source told me years back that weapons were turning up missing. Then Chief Machuca decided to disband the ECPD SWAT team, and nobody said boo. 3 Letter Boyz didn’t say boo either.

Posted by fromthestreet.net at 11:00 AM