Indiana Attorney General Curtis Hill might be sending out “target letter” to Michael Opinker. “Bochinche” out there in the street is that Jeff Smith might also get one along with Pat Moore, Jr. Maybe Adrian Santos, East Chicago City Clark, can call up WJOB and translate. Maybe, Lake County Sheriff Oscar Martinez can translate bombero.

Street tried to “pull the covers” off this scam which translate into electioneering if you ask me. Street had one consolation come out of it… The Times did a story on the dumpster, etc. But Opinker got a free pass. At the end of the day, Mayor McDermott, Jr. “stepped in”. Now his office would oversee expenditures that Hammond City Councilmen made with their casino funds… But the horse was out of the corral and miles down the road already. $32,000 spent on dumpsters one week prior to his election for council that November of the 2011 General Election. This new narrative is a whole different issue altogether. 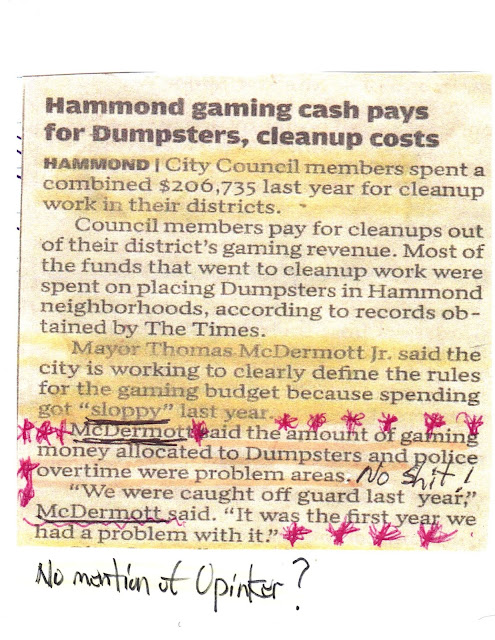 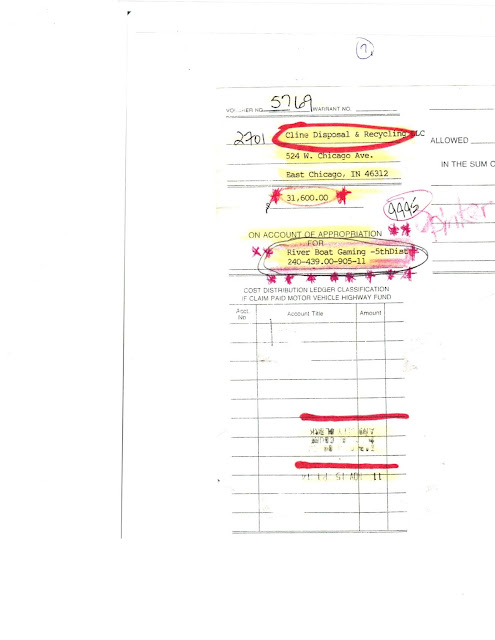 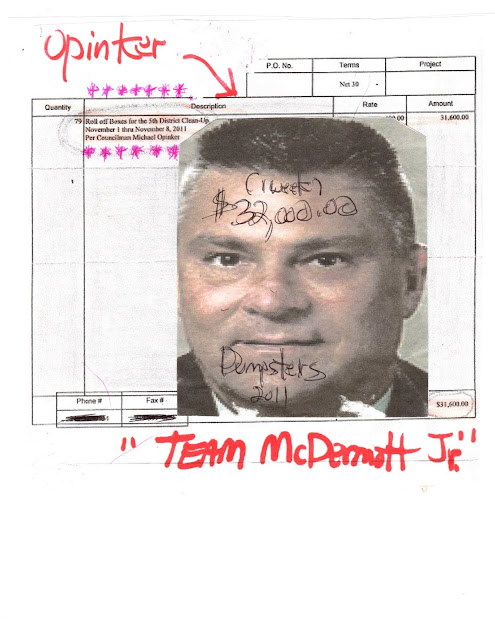 Posted by fromthestreet.net at 4:15 PM