Fresh Meat for the Lion

"Fresh Meat for the Lion"


Whatta you think about Aguilera running for Mayor? Some associate asked me with a "shit face grin". He's fresh meat for the lion... Aguilera can't even order breakfast in Spanish. Aguilera can't "woo-woo-woo" in Spanish... "Ola buenos dias mi nombre es Juan Aguilera."... etc.;etc. Can get in you in the front door when you're knocking on doors. Street broke it down like a shotgun. "So he can't even order breakfast in Spanish," Associate chimed in. "Yes sir primo," Street responded. 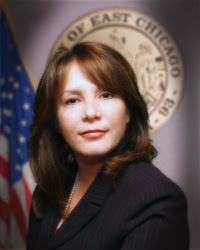 Word out on the street was she had burned too many bridges, and that's why she wasn't running for re-election in 2019.

(TBC)
Posted by fromthestreet.net at 4:07 PM