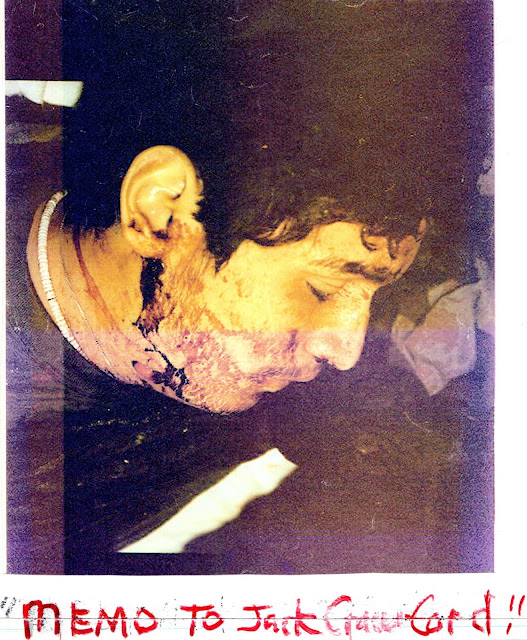 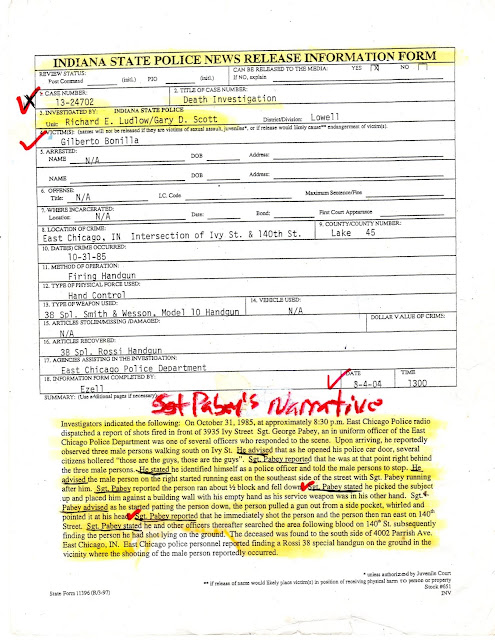 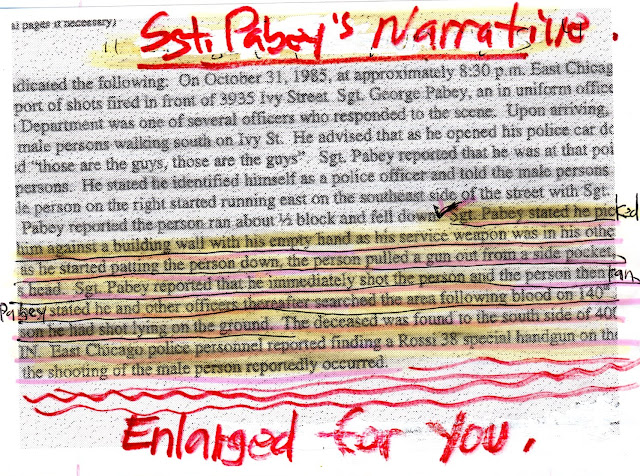 My beef is that Lake County Coroner stated. "There was no gun powder burns or stippling noted." So how can Sgt. Pabey lie to Indiana State Police? Because he knew he had to create a "stop the threat" scenario to "cover his ass".

Street worked every cop, detective and sheriff, he had seen on Sgt Pabey's narrative, and they were all of the same belief.... Gilbert Bonilla's neck should have been full of gun power if it was a close range shooting. (were using dirty ammo 1985)


Jack Crawford was Lake County Prosecutor @ the time and never call for a Grand Jury. Later, he became the first Director of the Hoosier Lotto, you feel me? 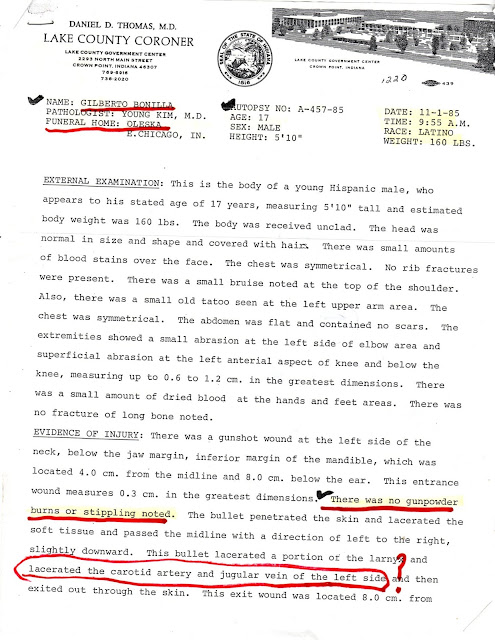 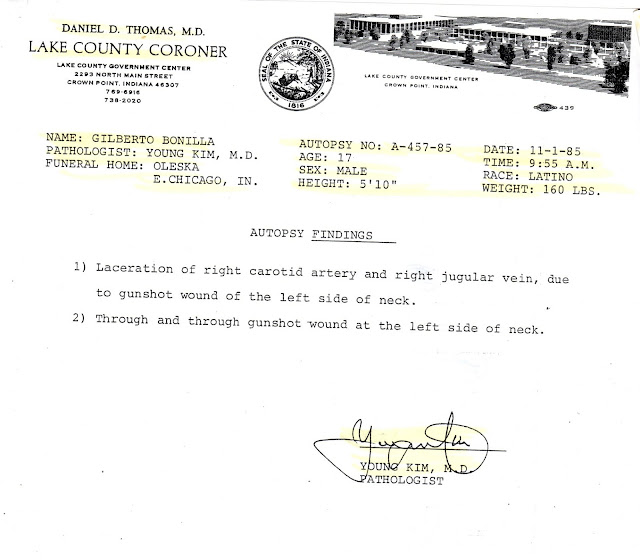 He said in his narrative that he shot Gilbert Bonilla once "bro. Right he is where other poe-poe all agreed on the same point. Street, I would have unloaded my gun on a "Perp" who points a gun @ me. These poe-poe shook their heads as they talked to me. I mean you're on a "Perp" (Gilbert Bonilla) who you just shot one time in the neck, and Gilbert eludes you for a minutes? Ain't no straw in my hair.
Jay Given Murder --- Lead detective Gus Flores. Gilbert Bonilla Homicide --- Police Chief Flores.
Posted by fromthestreet.net at 2:54 PM